The FIA remains in ongoing talks with axed Formula 1 race director Michael Masi about a new role with the organisation, according to president Mohammed Ben Sulayem.

On Saturday, the FIA published the report into the controversial end to the 2021 season in Abu Dhabi that attributed the events that unfolded to “human error” by Masi in race control.

Masi failed to implement at least two articles of the sporting regulations, but acted in “good faith” according to the report. The FIA has since began to reform its F1 operations, including the introduction of two race directors who will alternate the role and enjoy greater support moving forward.

The FIA announced in February that Masi had lost his job as race director, but would be offered a new role within the organisation. No further updates had since been offered on Masi’s future.

Speaking for the first time since the Abu Dhabi report was published, FIA president Ben Sulayem said the move to replace Masi was made to “take the pressure and stress from him”, and that talks were ongoing about a new role.

“We are grateful for the three years he invested with us, and he put his time in,” Ben Sulayem said.

“Now we want to move on, that we finished with the race in Abu Dhabi, the analysis. Now we have a new race in Bahrain, it’s the beginning of 2022.” 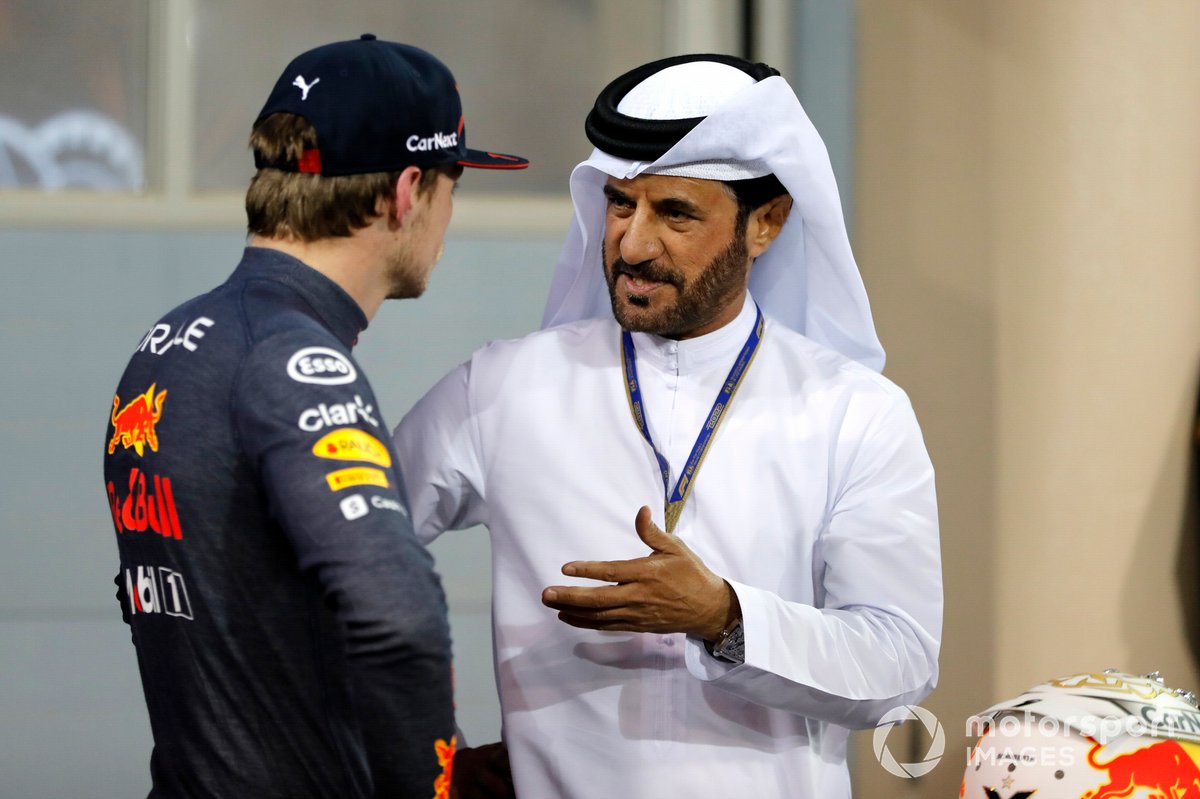 Ben Sulayem felt “satisfied and relieved” that the report into Abu Dhabi had now been published, offering F1 some closure after a turbulent period in the wake of Lewis Hamilton’s defeat to Max Verstappen on the last lap.

He said that race control could not be operated as it used to be, and acknowledged the toll the race director role had previously taken.

“A director cannot be one director,” Ben Sulayem said. “That’s the reason we brought some of our staff back like Herbie [Blash], for example, to support the race director.

“On top of that, we have to do rotations also, not just one. If you talk about 23 races, human fatigue is there, you’re talking about travels. This is also a solution.”

Ben Sulayem also revealed the idea to create a new virtual race control room that would offer greater support to the on-site race control came from a visit to an F1 team earlier this year.

“The idea came to me in January when I made a visit to some of the Formula 1 teams, and went to one of the launches,” Ben Sulayem said.

“So now we invested in it, and it’s actually working since yesterday. We didn’t promise and not deliver. We are delivering.