Formula 1 race director Michael Masi says Pierre Gasly was penalised for contact with Fernando Alonso at the first corner of the Turkish Grand Prix because he was deemed fully to blame.

Gasly touched Alonso's rear-left wheel at Turn 1 on the first lap, sending the Alpine driver into a spin and tumbling down the running order. Moments later Alonso was involved in a second clash, this time sending Mick Schumacher into a spin and he picked up a five-second penalty for causing the collision.

Often first-lap contact is regarded by the stewards as a racing incident, but on this occasion the stewards agreed that Gasly should be penalised for the first corner clash.

They also discounted the fact that Gasly had the Red Bull of Sergio Perez on his inside.

Gasly received a five-second penalty, which he took at his pitstop, as well as two points in his licence. He eventually finished sixth, just behind Lewis Hamilton.

In their decision the stewards, who initially deemed Gasly as "predominately" to blame, later clarified that Gasly was "wholly" to blame.

"Gasly caused a collision with Alonso during lap 1. Gasly tried to negotiate Turn 1 with Perez on the inside and Alonso on the outside. Alonso was slightly in front of Gasly at the exit of the corner when both cars made contact, causing Alonso to spin," the FIA statement read.

"The stewards determine that Gasly was wholly at fault for the collision, as he did not leave enough space for Alonso on the outside.

"It should also be pointed out that the stewards do not consider this incident as an unavoidable lap 1, Turn 1 contact between two cars, as Gasly was not sandwiched between two cars when he touched Alonso's car."

Masi stressed that Gasly was deemed to be responsible for the clash, in accordance with the procedures agreed with the drivers before the start of the season.

"If we go back to the start of the year before the first event, following discussions with the drivers and the teams we had to sort of ratchet back a little bit to let them sort out the race principles in general," he said. 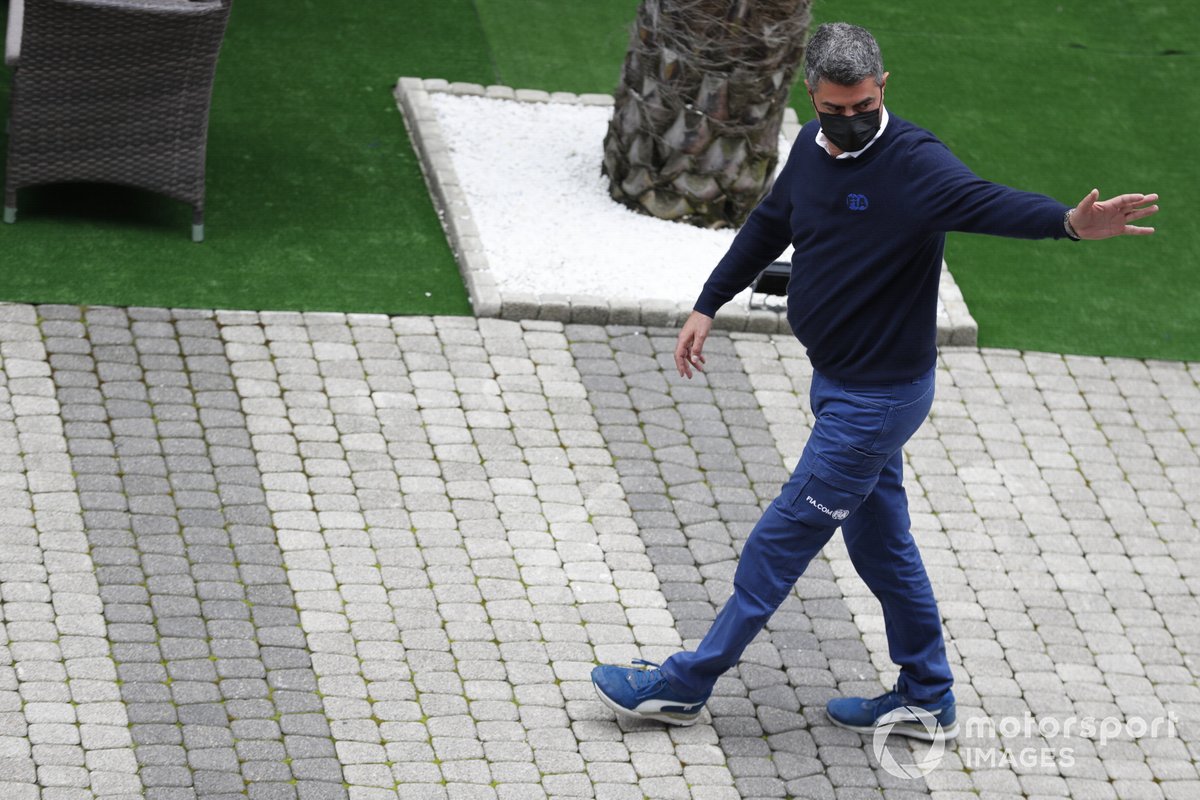 Asked to compare the Turkish GP incident with the unpenalised first-lap contact between Max Verstappen and Lewis Hamilton in Imola he stressed that the cases were different.

"I think if you look at the Max and Lewis one, it's one of those the wholly or predominantly, under our regulations," he explained. "For ease of interpretation, let's call it, if someone is wholly to blame on lap one, it will result in a penalty.

"If it takes two to tango and it is on lap one it would likely not result in anything, or if there's more than the two cars involved. But if it's quite clear, two cars, one has done it, then a penalty would happen."

Masi confirmed that the stewards had considered if Perez's presence alongside Gasly had played a role and discounted it as a key factor.

"So that was one of the things why it probably took a little bit longer at the start, to have a closer look at," he said. "Obviously Sergio was on the inside, but once it was quite clear from all of the footage and everything available, that's why they determined that it was a five-second penalty."

Gasly insisted that Perez's presence did play a role as he was trying to stay clear of the Red Bull.

"There was contact and I haven't really seen the footage," he said. "For me it was tight with Sergio inside me and Fernando was on the outside, so honestly there wasn't space, but yes there was contact. I did the penalty, I don't know if it was the right thing or not. I need to look at the footage first.

"I saw Fernando was there, I also saw Sergio was there, and I tried to go where I could. We know it is always usually not a good mix when there are that many cars. I don't have any other similar situations that come to mind. That is just the way it is."