The FIA has explained why it felt Lewis Hamilton was to blame for the first lap incident that put Max Verstappen out of Formula 1’s British Grand Prix.

Hamilton and Verstappen had been battling hard for the lead in the opening stages of the Silverstone race – having gone to wheel to wheel for the first half of the lap.

On the blast down to Copse, Hamilton had managed to get a run on his Red Bull rival and, after briefly jinking to the left, he went for the inside as he drew alongside the Dutchman.

But Verstappen held his ground and, as he turned through the right hander, he was tagged by Hamilton’s left front wheel.

That pitched Verstappen into a spin and he smashed into the barriers on the outside of the corner at high speed. He has since been taken to hospital for precautionary checks.

The incident was investigated by the FIA and it ruled that Hamilton was to blame – handing him a 10-second time penalty. 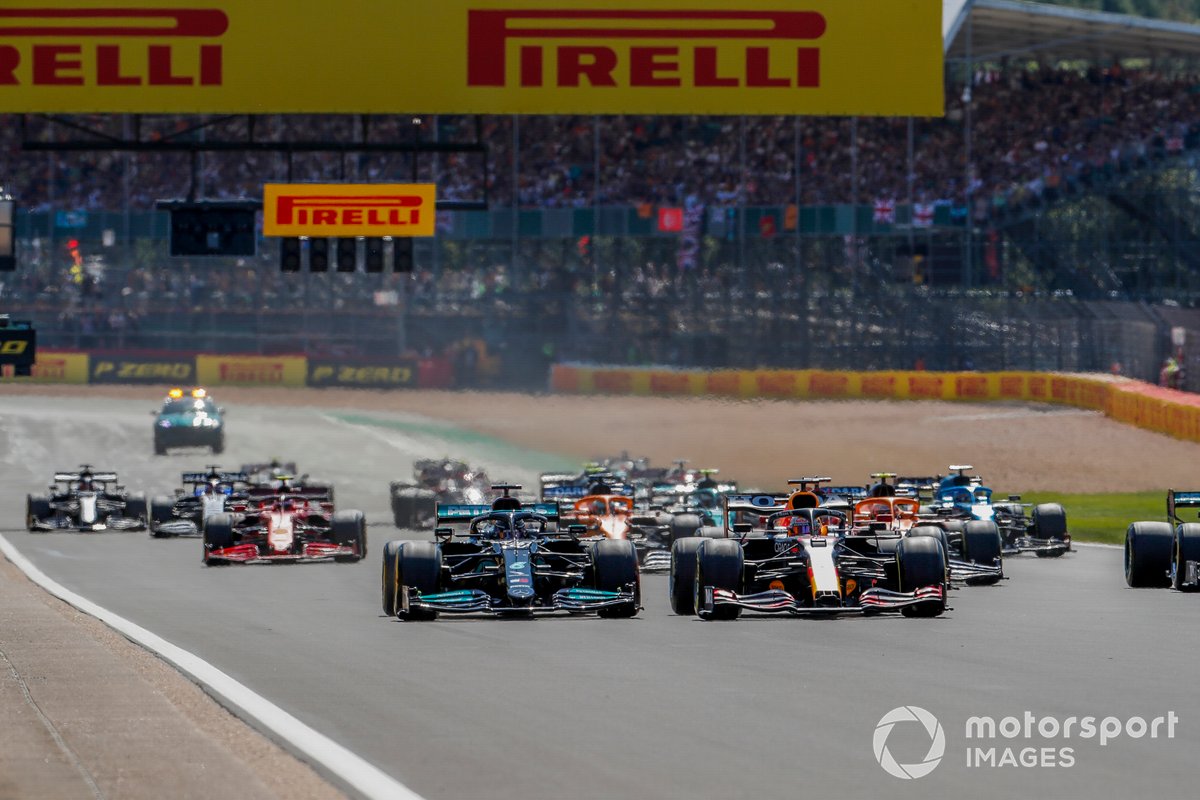 In a document explaining their reasons for the sanction, the stewards said that Hamilton could have done more to avoid the incident – as he had room on the inside of Copse to avoid a collision.

“The stewards reviewed video and telemetry evidence,” the stewards said. “Cars 33 [Verstappen] and 44 [Hamilton] entered Turn 9 with Car 33 in the lead and Car 44 slightly behind and on the inside.

“Car 44 was on a line that did not reach the apex of the corner, with room available to the inside.

“When Car 33 turned into the corner, Car 44 did not avoid contact and the left front of Car 44 contacted the right rear of Car 33. Car 44 is judged predominantly at fault.”

Hamilton battled back from the 10-second time penalty to take a win in the British Grand Prix that put him firmly back in the championship battle.

Speaking after the race, Hamilton had been clear that he felt that Verstappen had not given him enough room in the incident.

“Of course, I always try to be measured in how I approach things, particularly with battling with Max,” he said. “You know he's very aggressive.

“And then today, I mean I was fully alongside him, and he didn't leave me space.”