Last week, F1 revealed the first details of its plans for a radical overhaul of car design for 2021, which will include reintroducing ground effect aerodynamics, in a bid to improve the racing spectacle.

Initial fears from designers have revolved around the restrictive nature of the regulations creating cars that are harder to distinguish from one another.

Tombazis admitted there are "aspects" of the new rules being pushed back on by outfits, while also noting divisions in tolerance within the teams.

"There are plenty of aspects that the teams are pushing back on, especially depending on where on the starting grid they lie - that influences their positions," said Tombazis, when asked by Autosport about the resistance from teams.

"Also within teams, not everybody sees it the same way.

"Sometimes you have the team principals who have an overall view of the situation and understand what we are doing, and then sometimes the engineers who see that some of the freedom or playground will be reduced and therefore object. 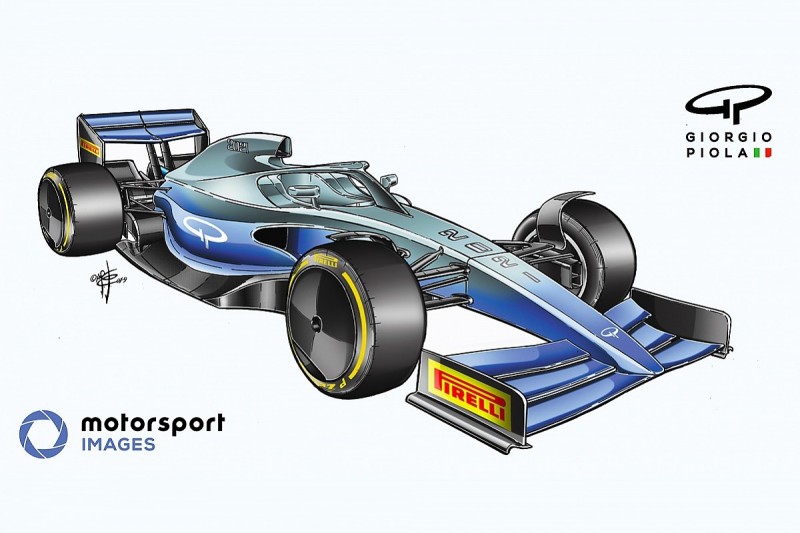 "If you take the aero part of this study, a lot of this is focused on reducing the ability of teams to control the front-wheel wake: that is a key part of this work.

"The ability to control front-wheel wake is maybe one of the greatest challenges of the current aerodynamicists and reducing that creates this kickback."

While there has been resistance to some aspects of the rules based on what is likely to benefit a team or not, Tombazis said any genuine concerns have been assessed by the FIA and F1.

"We have taken a lot of comments into account and have been discussing this with teams over a long period, and sometimes we have realised that certain things we were planning to do are wrong and we have changed and we have taken them into account," he added.

"We have to be selective in our judgement.

"When we see the teams' comments are genuine and not because they want to preserve a certain advantage but are highlighting a weakness of what we are doing, we are open enough to admit we made a mistake and go back on it."