Verstappen tapped Vettel into a spin at the Turn 14 hairpin as they battled for third late in the race.

The incident earned Verstappen a 10-second time penalty, dropping him from fourth to fifth in the results, and two penalty points added to his licence.

It means Verstappen now has five penalty points, with drivers receiving an automatic one-race ban if they hit 12 points in a 12-month period.

Whiting said: "There probably is a little bit of criticism but that's what the penalty points are for.

"They are there to make an habitual offender take notice.

"He's got five points now, so he's going to be more careful I would say."

Verstappen's penalty points tally will not decrease until after the Hungarian GP.

He picked up two points for hitting his team-mate Daniel Ricciardo at Turn 2 on the opening lap of the 2017 Hungaroring race on July 30 last year.

That means his licence will not be cleared of those points after this season's July 29 race.

The other point on his licence was earned in the 2017 United States GP on October 22, when he was controversially punished for going off-track to overtake Kimi Raikkonen on the final lap. 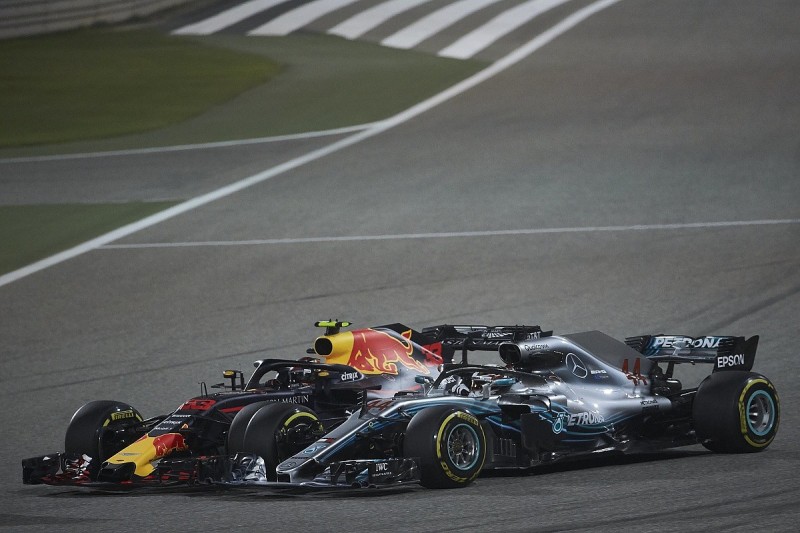 Verstappen has come under fire in the last week following a clash with Lewis Hamilton in Bahrain that was also investigated by the stewards, who took no further action.

His swift acceptance of responsibility in China, and subsequent apology, was praised by Vettel, and Whiting said he saw no reason to have a private chat with Verstappen.

"The stewards have done their bit I don't think there's any necessity for that," he said.

"He made a mistake, which he got penalised for."

Though Verstappen said he did not need to change his aggressive driving style, his team boss Christian Horner is "fully confident" he will learn from his mistake.

"He's a phenomenal talent, he's smart enough to recognise areas that he needs to work on," he said.

"I've got no doubt that he'll address that."