The FIA has confirmed it will no longer rotate its Formula 1 race directors for the rest of the 2022 season following its review of the crane incident at Suzuka.

F1’s governing body announced after the Japanese Grand Prix that it would be launching a full investigation into the events at Suzuka after a number of drivers expressed anger over the use of a recovery vehicle on-track in torrential rain.

The report was published in full on Friday and included a number of procedural changes that will be implemented from Austin onwards.

One major change comes on the structure of race control, which will see Niels Wittich complete the season as race director after sharing the role with Eduardo Freitas through the 2022 season.

“For the remaining races of the 2022 Formula 1 season, the FIA will not use the system of rotating the role of Race Director,” reads part of the statement from the FIA regarding the report.

“From the United States Grand Prix in Austin and the following races in Mexico, Brazil and Abu Dhabi, Niels Wittich will assume the position of Race Director with the support of Race Control staff.”

Wittich and Freitas shared the race director role this season as one of the main changes for 2022 in the wake of the Abu Dhabi controversy and the axing of former race director Michael Masi.

Along with rotation of the race director, the FIA announced it would be using a new Virtual Race Control Room at its Geneva base to support race control on weekends in their decision making.

But a number of drivers have raised concerns earlier this year inconsistency with changing race officials, calling for the FIA to stick to a single official to oversee proceedings.

Mercedes driver and GPDA director George Russell said on Thursday in Austin that the drivers “believe that having the rotation isn't the best thing for a sport, for that consistency.”

“We've never had a steward from a previous event at the following race to talk about any certain decisions, I believe,” said Russell.

“Gary Connelly here this weekend who was in Japan, as well. And these are all things that we need to continue to work with the FIA to improve.” 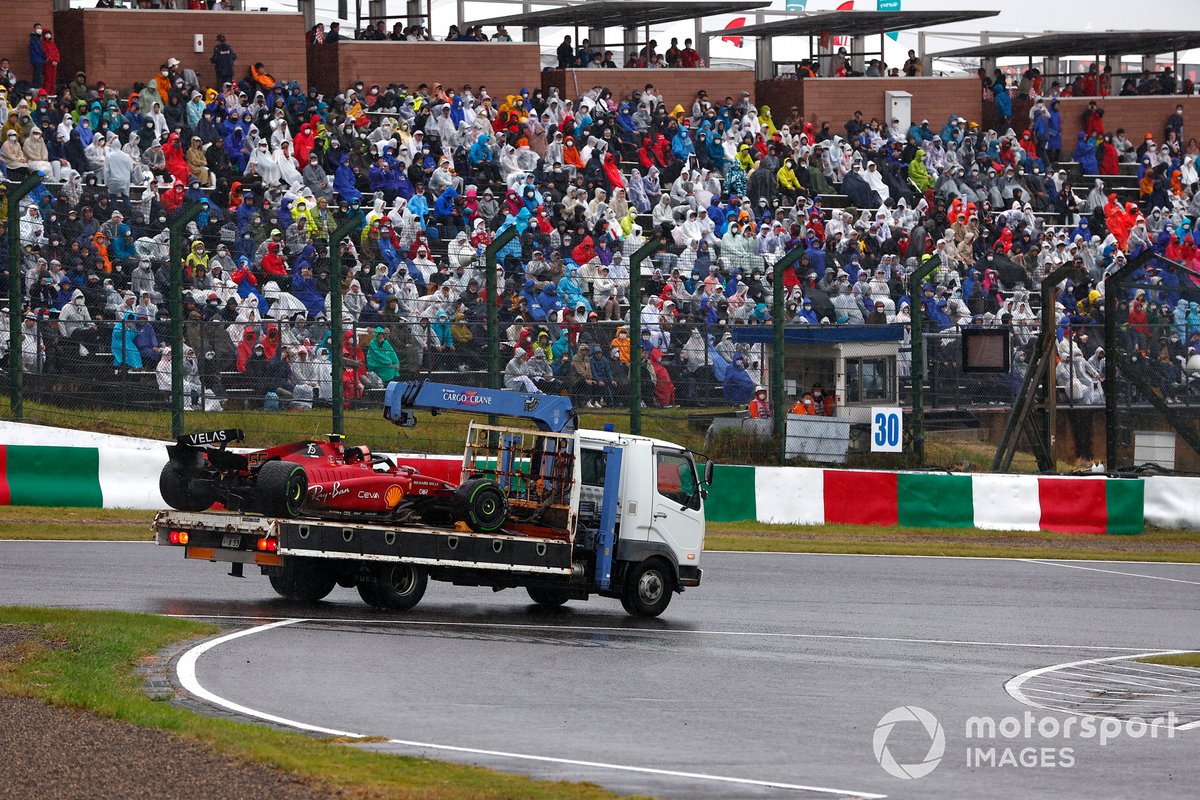 The car of Carlos Sainz, Ferrari F1-75, is recovered with a truck

The report from the FIA also highlighted the need to “better define the allocation of tasks across the Race Control team” during safety car and virtual safety car periods. It was noted in the report that Pierre Gasly was not detected in the pit lane, which caused him to drop back and then drive faster past the recovery vehicle to rejoin the back of the field.

The report also accepted it would have been “prudent to have delayed the deployment of the recovery vehicles on track” given the conditions.