The regulations for F1’s new era of fully sustainable fuel-powered cars were published earlier this year, and potential entrants were originally given a 15 October deadline to sign up.

While new entrant Audi was the first to do so, many of the current manufacturers stalled on the plan and that prompted agreement to delay the deadline – originally until 15 November, but this was subsequently rolled back further.

The matter cannot drag on much longer because F1’s 2026 engine manufacturers need to comply with a new powerunit cost cap that comes in to force on 1 January, 2023.

The hold up in getting everyone on board has prompted concern that F1 could see some of its current entrants elect not to continue, but Ben Sulayem thinks there is nothing major to worry about.

He says the recent delays were purely prompted by teams needing to seek legal clarification over specific wordings before they could commit, while bigger issues involving rules had been resolved.

“There was a bit of an issue when it comes to the compression ratio and the boost pressure, but this was sorted by the teams,” he said, when asked about the delays.

“But honestly, at the beginning, when you have somebody new [like Audi], the old ones will always resist it, and they will have a much more powerful way with the FIA to discuss. 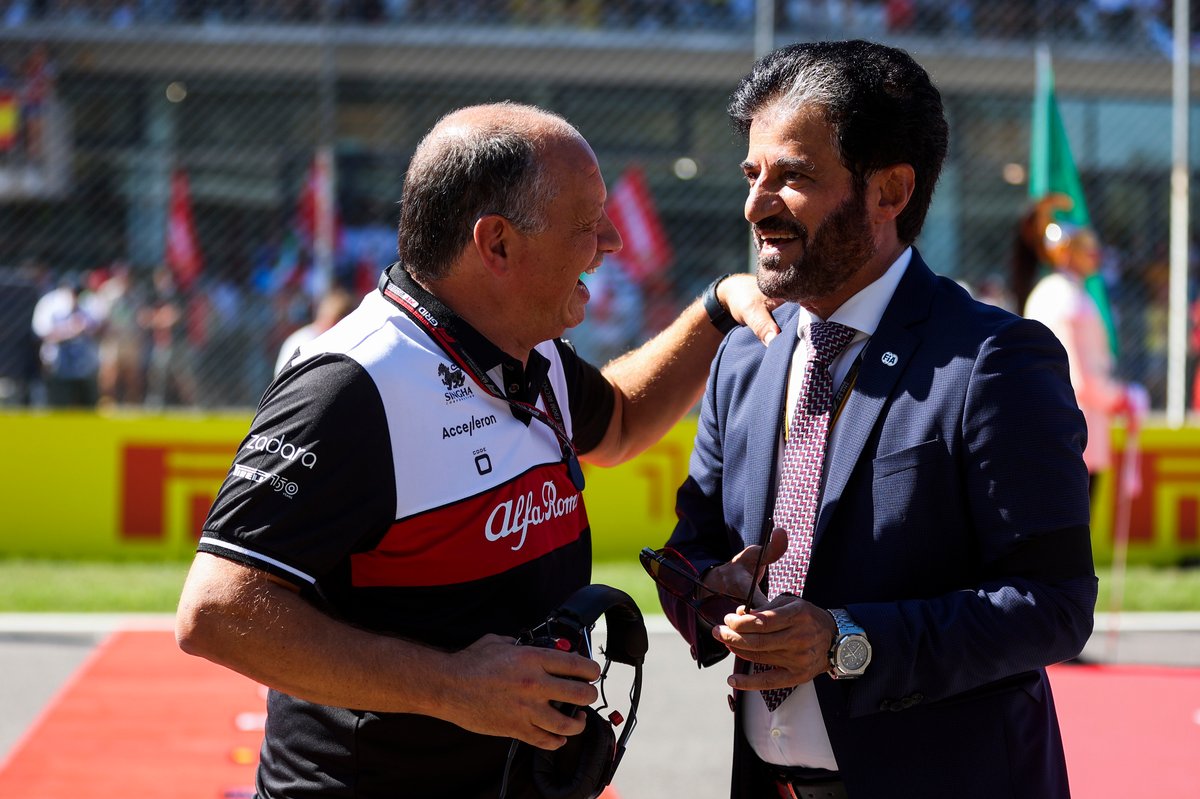 “But once one is signed, then the second then the third, then you will see it's done.”

Many of F1’s current teams are satisfied that the FIA has things under control and will get everyone signed up.

Mercedes boss Toto Wolff said at the Abu Dhabi GP: “There was no formal deadline. I think there is nothing in the regulations that said it needs to be the 15th of October, it was discretionary for the FIA to decide when that is.

"And we have entered, that has happened. And now it's about the FIA to talk to everyone else. These discussions are progressing as far as I understand, so we are on course for 2026.”

Alpine F1 CEO Laurent Rossi said that while Renault had not committed as of yet, he was sure it would do swiftly.

“We had some points we wanted to discuss on the legal side, to make sure that we fully covered as much as possible, which we did,” he said.

“We just kept on discussing those points as far as we could. And at some point, when we reach a level in discussions where we think we're all in a good position, we sign – or we’re going to sign. I think it's imminent.”

Red Bull boss Christian Horner added: “The deadlines were extended but there's an awful lot of discussion about governance and tidying up some of the technical regs and obviously financial regs as well.

"So, as a newcomer for 2026, Red Bull Powertrains has entered.

“It's an exciting moment for the group, for the company, a new challenge to take on, and a lot to do between now and 2026.”

The biggest uncertainty at the moment remains on Ferrari, which has been distracted by the departure of team principal Mattia Binotto, and newcomer Porsche that had been considering an F1 entry with Red Bull before talks collapsed.