After announcing plans to outlaw any information being given to drivers over team radio or pitboards, the FIA elected to limit the ban to just driving advice following complaints about safety risks.

Proposals to cut out technical information and car setting changes have now been delayed until the start of 2015.

FIA race director Charlie Whiting said: "It became clear that some teams would be at a serious disadvantage compared to others - not just in their knowhow or ability to react in the short term, but also with hardware choices that were made a year ago.

"Two types of dashboard were available to the teams, and one can show a great deal more than the other.

"So in the interest of fairness we felt it would be better to introduce it in two stages and that is what we have done now."

Whiting said that a team of eight FIA staff were tasked with monitoring radio traffic to prevent rules breaches.

He also made it clear that the delay of a stricter team radio clampdown would allow more time to work out how to tackle secret codewords.

"It won't be straightforward and we will have a little bit of time to think about that," Whiting explained.

"I think the list [of banned messages] the teams have been given today is quite straightforward, but with a more complex, longer, more technical list there will be greater opportunities.

"It was put to me yesterday that something like oil transfer is allowed as a message, and it could be coded in such a way that oil transfer when you tell it to a driver in Turn 1, could mean something different to when it is told to him in Turn 10.

"So it is going to be a little difficult but I am fairly confident we can get over that one." 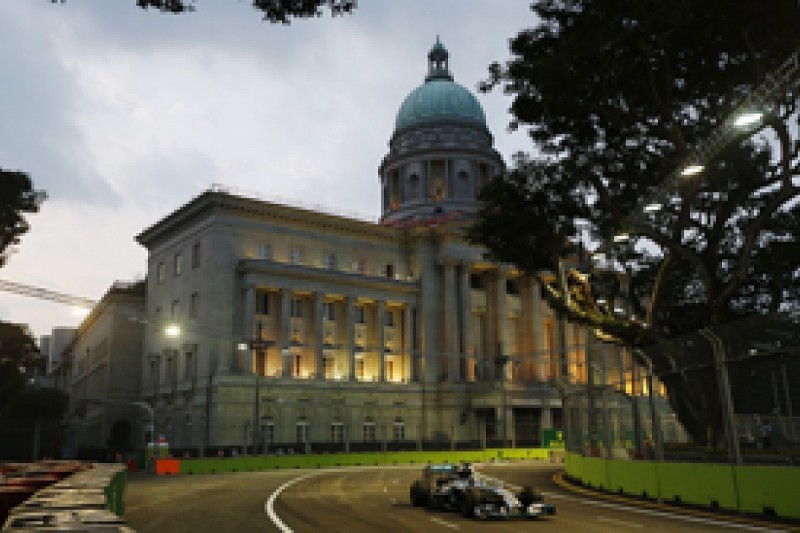 When asked whether Lewis Hamilton's trademark 'It's Hammer Time' message would be legal in 2015, Whiting said: "I think that is 'push hard'... so to be discussed.

"That is not for this current crop of rules. But now we have got a little bit more time we can discuss this thing with teams and 'Hammer Time' might come in to it."

Although the easy way to resolve the controversy over what teams can and cannot say would be to ban radio completely, Whiting thinks this unlikely.

"That might not be very well received," he said.

"I don't think a standard radio system would help [either]. The teams would have to use it and there would be all manner of complications like coded messages."

Whiting added that the ban on live telemetry mooted by Bernie Ecclestone on Thursday was not currently on the agenda.

"It is not planned as a step in that direction," he said. "In fact it has not been discussed at all."

Bernie Ecclestone: F1 should have three-car teams in 2015