A move away from the old black and red logo to a new more modern design has split opinion among fans, with many claiming it was not something that Liberty needed to worry about changing.

FIA president Jean Todt is aware that some fans are upset by the new logo, but he has faith that Liberty has done it for the right reasons and does not think it will become a huge talking point in the future.

"It is an evolution," said Todt. "And incidentally the commercial rights holder can change the logo with the agreement of the FIA and they are very professional people.

"If the result of the studies demonstrate that it is going in the interest of the development of F1, I think we should encourage that.

"These people, they are very talented, business people, and that is demonstrated by Chase Carey having previously been chairman of Fox. 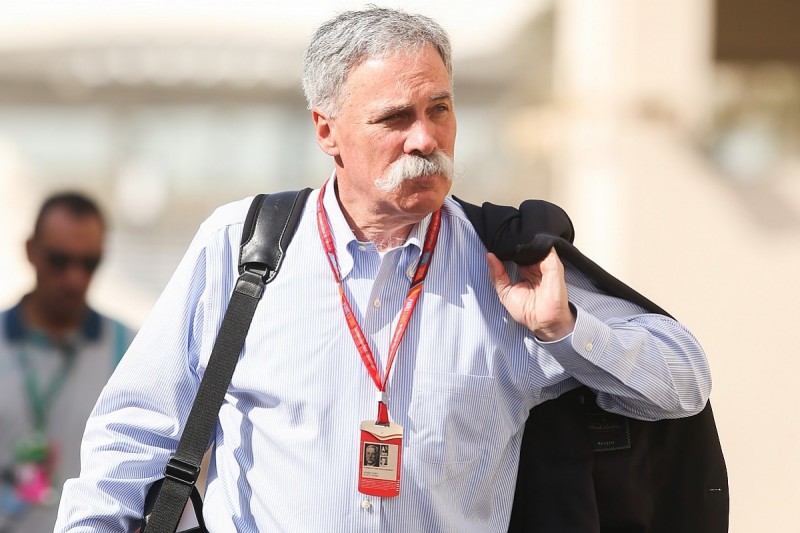 "He has been doing very well. He has good professionals around him, so I do trust in their judgement.

"I have seen their [logo] exercise and I think it is a good evolution."

Although Liberty have faced some criticisms from teams and manufacturers in recent weeks, on the back of new engine rule proposals and a fall in F1 prize money income, Todt has faith that the American media giant is good for grand prix racing.

"Liberty Media is a strong group, and Chase Carey is a great CEO," said Todt.

"He has been building a proper structured organisation by hiring very professional people.

"It is a different approach but I feel it is very professional and they work very well.

"I am very happy about that and I think everybody who loves the sport should be happy and feel that the sport of F1 is in good hands.

"Globally I think the sport is in a good situation, but still having to address quite a lot of issues - which is part of normal life."