Verstappen was furious at the end of last year's race when he was handed a five-second penalty - which cost him a podium finish - after he was ruled to have gained an advantage by cutting the track at Turns 16 and 17.

The Dutchman had snatched third place on the road from Kimi Raikkonen on the final lap by diving inside the Ferrari driver at the double apex right-hander, but with all four wheels off the circuit he was deemed to have completed the pass illegally.

Although there was controversy over the incident, which included Verstappen launching an attack on the stewards over why he had been penalised while others had got away with track limits abuses, the FIA has decided to take action for this year.

Ahead of this weekend's US GP, the FIA has confirmed that two major new kerbs have been fitted at the location.

The new kerbs, which are two metres long, one metre wide and 50mm high, have been installed behind the apex kerbs at Turns 16 and 17.

Last year, drivers had no such deterrent to stop them running off-track at those corners.

Verstappen said at the time: "I think all the fans loved [the overtake], it was a great move. 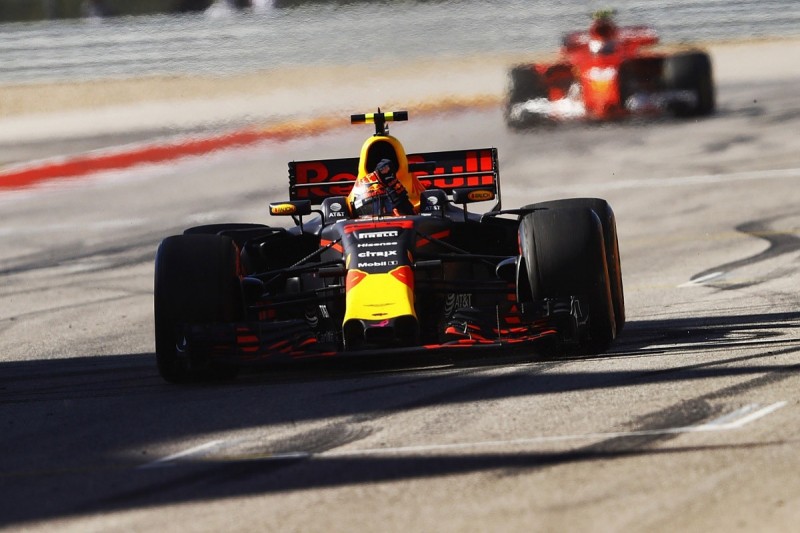 The FIA has also added new kerbs at the exit of Turn 1 in a bid to deter drivers from running wide there.

The new bumps are similar to those that have previously been used at Turns 11, 15 and 19.