Mercedes and Red Bull suspect that Ferrari’s struggles in Formula 1’s Mexican Grand Prix were likely a one-off, rather than a sign it has fallen away from the lead battle.

Ferrari endured one of its most challenging outings of the season in Mexico last weekend as it could not extract its regular pace from the F1-75.

That left the door open for Mercedes to emerge as Red Bull’s main challenger for victory.

In the end, Carlos Sainz was the lead Ferrari to come home in fifth place, but he finished more than 58 seconds behind winner Max Verstappen.

With Mercedes having enjoyed a recent uplift in form, Ferrari’s performances have prompted suggestions that Red Bull’s main threat is now the German manufacturer rather than the Italian squad.

However, few believe that the Mexico showing was realistic of where Ferrari stacks up right now.

Asked if Red Bull regarded Mercedes as its strongest competitor in F1, team boss Christian Horner said: “I think this track has played to their strengths. I think Ferrari looked like they were a little bit handicapped this weekend, so I’m not sure we saw their real pace. I’m sure they’ll be back.”

Mercedes team principal Toto Wolff reckons that, while fortunes have improved for his squad in recent outings, a much better picture would emerge from the Brazilian GP.

Pushed on if he felt Mercedes was ahead of Ferrari, Wolff said: “I wouldn't want to say that, because they are a strong team and we’ve had a few strong Sundays now.

“But maybe this circuit flattered us. I think, after Brazil, we’ll have maybe more of a picture, but I don’t think they’re suddenly half a minute slower than us.” 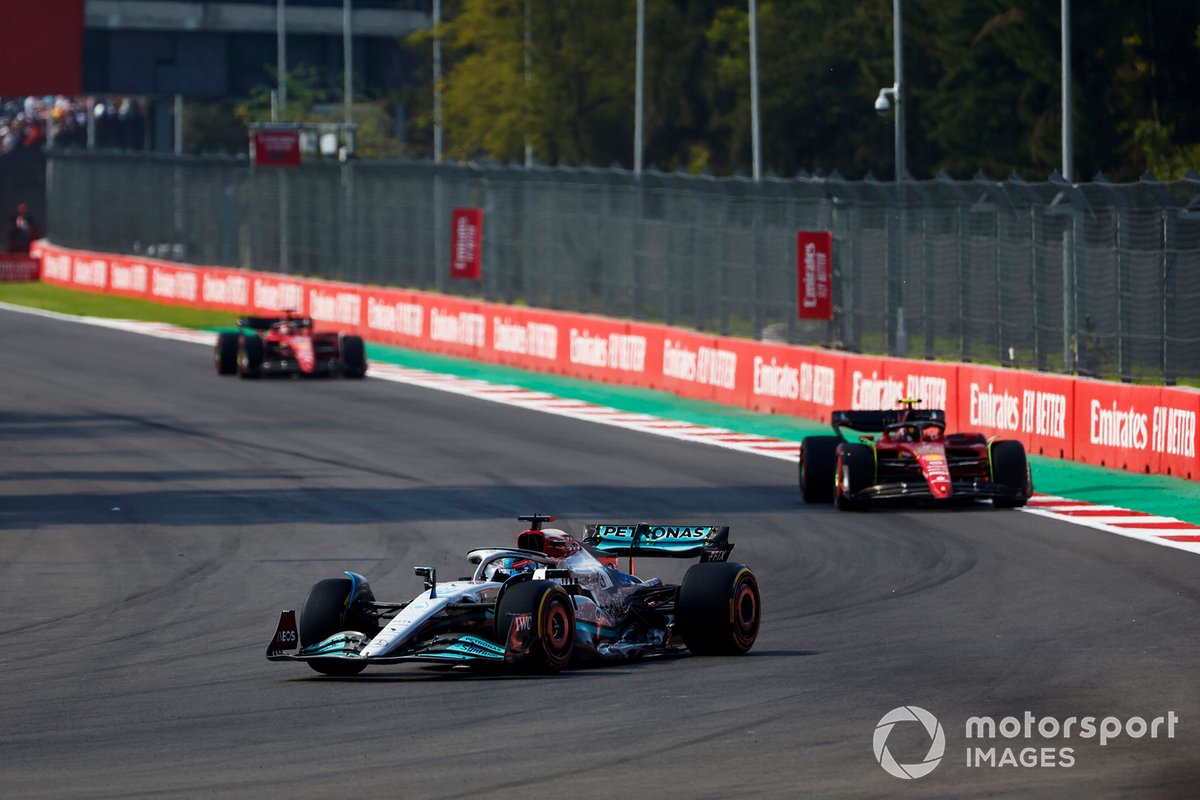 Ferrari is hopeful that the scale of its deficit in Mexico was a one-off caused by altitude, which meant its power unit could not perform as well as it does nearer sea-level.

However, team principal Mattia Binotto said that a lack of power did not offer a full explanation for why it was so far adrift of Red Bull and Mercedes.

“I think the compromise both of them [drivers] are mentioning certainly is in terms of power unit; we were not at our best performance for the weekend,” he said.

“But I don't think that that's explaining the most. That's part of the equation, but there is certainly more than that, and it's something which we need to look at. There is not a clear answer right now.

“The ride was not great. The balance was not great. I'm pretty sure if I'm listening at the drivers later on in the debriefing, they will tell me that the car was not turning. The reason why, I think it has to be looked at and we have not a clear explanation right now.”

Alpine: Alonso F1 engine failures are "luck of the draw"