However, on top of that, it also ran an asymmetric layout in terms of its drum design, for the different challenges posed by the Interlagos circuit.

On the right-hand side of the car the team opted for its open basket configuration, with the windows opened above the disc in Mexico (inset) deleted once more.

Meanwhile, on the left-hand side of the car, a closed drum was favoured. This tapers more on the outboard end and features a handful of fins to help control the movement of the airflow as it’s pushed out the wheel rim. 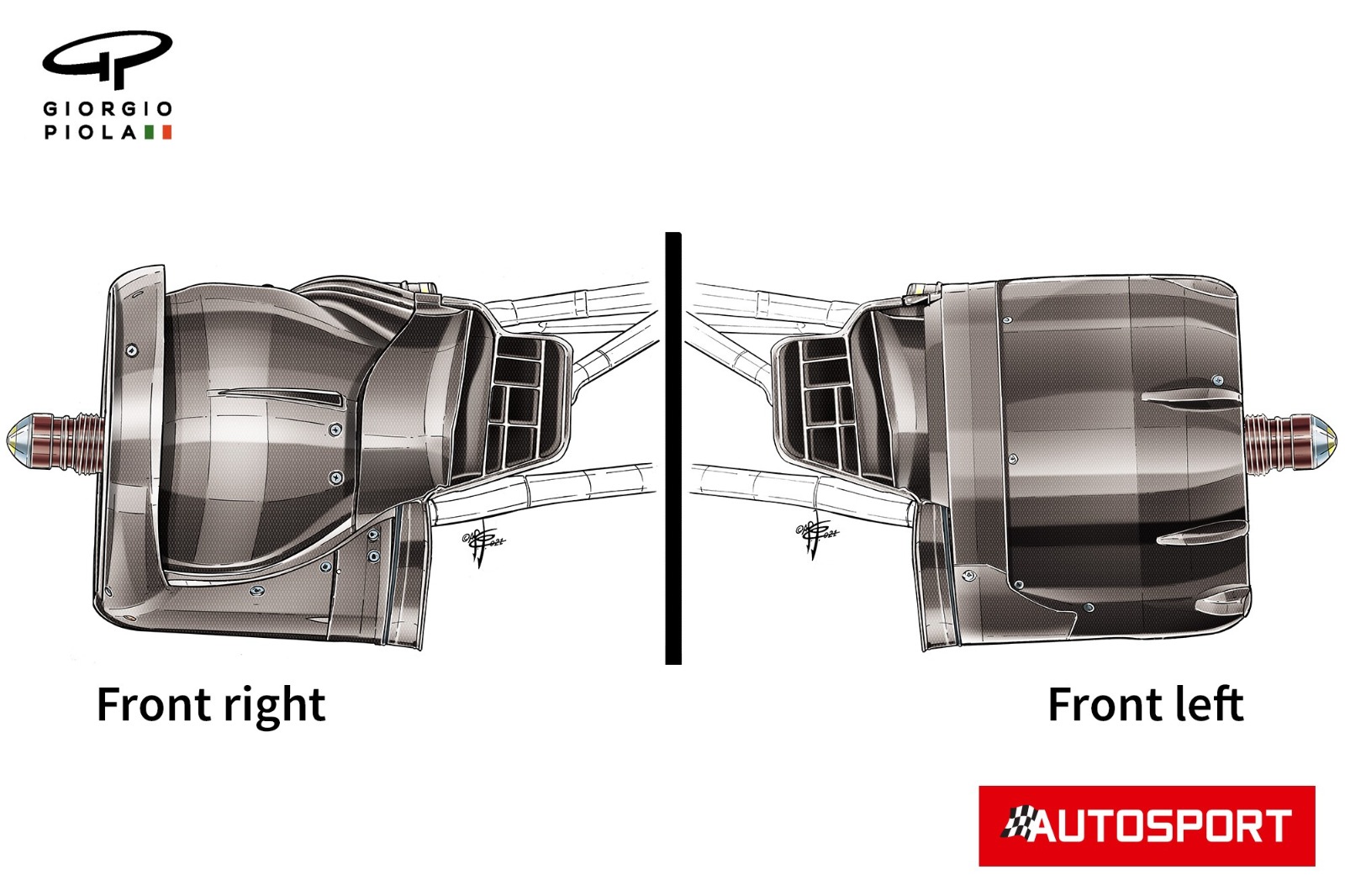 Both of these brake assemblies offer something a little bit different when it comes to how the airflow passes through them.

The right-hand side option delivers more of an aerodynamic benefit, as the airflow is dumped out of the wheel face.

In contrast, the left-hand side layout focuses more on temperature control, as it forms more of a barrier to the wheel rim, and transfers less heat to the tyre as a consequence.

Red Bull also returned to its more traditional arrangement in Brazil, having used a different configuration in Mexico. 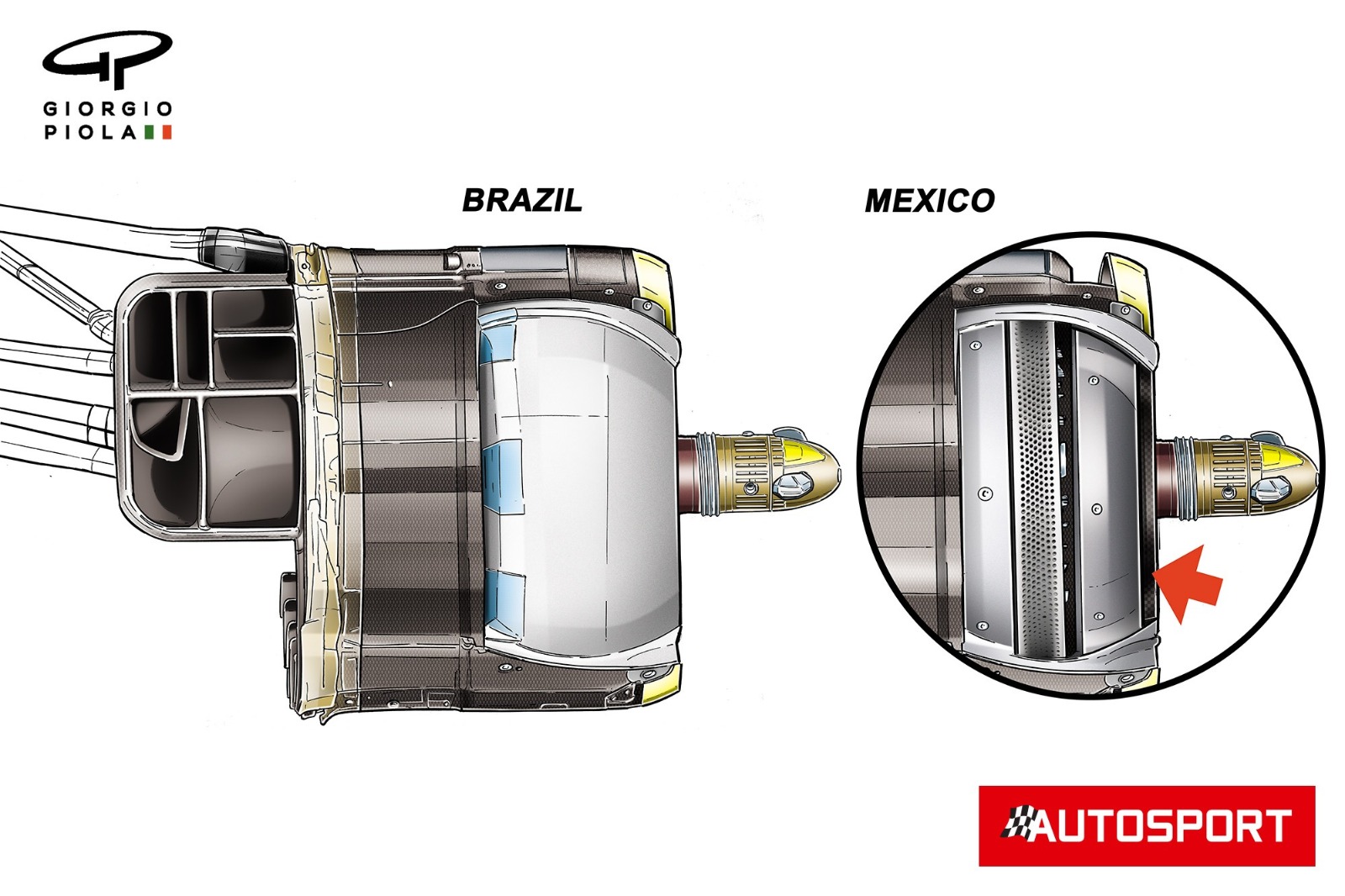 The team had used a shortened bypass panel in Mexico exposing the brake disc, while another panel sat outboard of this to help control the direction of the airflow passing out through the wheel rim.

In Brazil, the full-length bypass panel was employed once more, as a greater emphasis was placed on the aerodynamic benefit it creates since cooling was clearly less of a priority than it was in Mexico.

In both instances, Red Bull treats the bypass panel’s surface with a thermal barrier paint, to help control the transfer of heat from one part of the assembly to another.