Vettel finished third at Yas Marina but never looked to be in contention for victory as Valtteri Bottas led home Lewis Hamilton in a comfortable Mercedes one-two.

Ferrari had its most competitive season of the V6 hybrid era this year, with Vettel scoring five wins and finishing runner-up in the drivers' championship.

But while Vettel acknowledges the positives, he knows Ferrari has to make gains everywhere, particularly in qualifying, if it is to sustain a season-long title challenge.

"The package wasn't good enough but I think the positives outweigh the disappointments we had here and there over the year," he said.

"You must not forget where we have been 12 months ago and the incredible achievement that's come together over the winter to set up this year, and throughout the season to keep improving the car, the engine, so a lot of work.

"But overall as we saw on Sunday, we got a fair beating and couldn't touch them in qualifying and in the race, so obviously there is lots for us to do better."

Ferrari's title challenge fell apart during the Asian leg of Singapore, Malaysia and Japan through a combination of on-track incidents and unreliability. 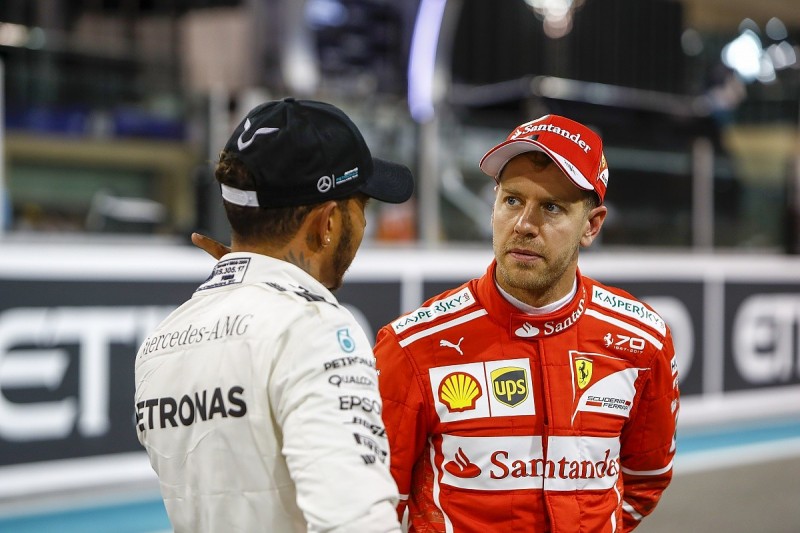 Vettel admitted Mercedes has been "more consistent" and did the better job across the season.

"You have to also be fair, in the end Mercedes was better, they were faster - look at the amount of pole positions, of race wins," he said.

"We had our chances, we used them, we had races were we probably got away with a good result even though it was on the edge.

"I'm thinking about races like Bahrain where we were very close to have a failure.

"We won the race in Hungary which I don't think we were supposed to win with the steering failure we had during the race.

"We finished races that might as well have been, could have been a DNF.

"On the other hand we had other races where we didn't finish. It's obviously bitter because you're not in the fight.

"That's the frustrating bit about those races but they're part of racing.

"In the end we do our job, and that's what bought us here in the first place.

"If we keep doing that I'm confident that we can be in a better place next year."