Ferrari has revealed that the decision to stop developing its 2022 car was forced on it because it had hit its spending limit under Formula 1’s cost cap.

The Maranello-based squad started the season as the team to beat, but ultimately got out-developed by Red Bull that made giant strides with its RB18.

In recent weeks, Ferrari has also found itself edged out by Mercedes, which has recovered from its poor start to the campaign to turn its W13 into a race-winner.

Ferrari openly admitted that the competitive picture at the front has been partly clouded by the fact that it called a halt on updates to its F1-75 over the second half of the campaign.

But while it was initially thought that this was a decision aimed at simply allowing it to better divert resources to next year, it has now emerged that it was a financial call.

Team principal Mattia Binotto said after the Brazilian Grand Prix that Ferrari had no choice but to stop development for this year because it had hit the circa $144 million spending ceiling for this season.

“It was not a choice; we simply finished the money for the budget cap,” he explained. “So simply we were at the cap. [There was] no more opportunity of developing the car, so we simply stick where we were.” 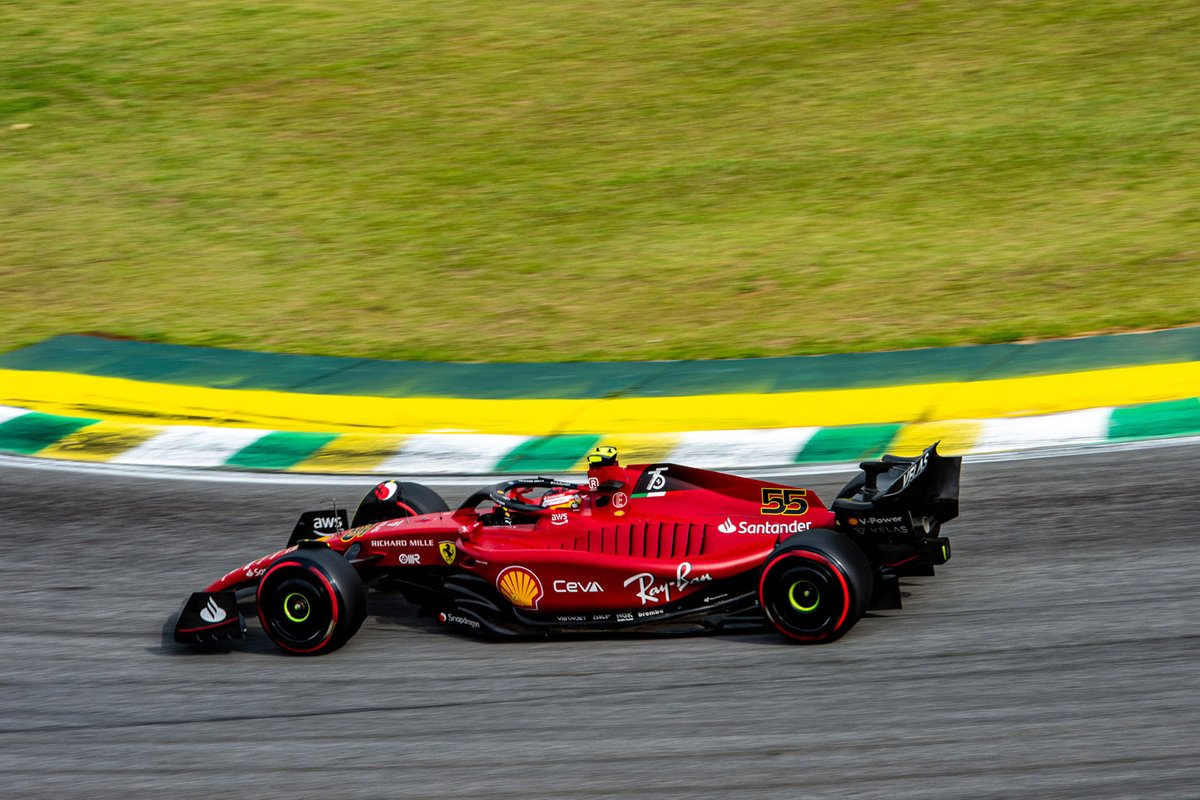 While the lack of progress on the F1-75 has played its part in allowing Mercedes to overtake it in pace terms, Binotto does not think that it necessarily sets a trend for the 2023 campaign.

He says that while Ferrari did not have the ability to spend money on producing improvements to its car, work has still been going on at the factory to work through ideas for the new challenger.

“Obviously we didn't compromise next year's car development,” he said. “But certainly we decided to stop the current one, because on top of this normal development on the current [car], you will need to produce the parts to bring them on track. And that was the extra costs that we couldn't afford.”

Ferrari has not won a race since July’s Austrian Grand Prix, and has seen Mercedes emerge as title-winning Red Bull’s main threat in recent grands prix.

Asked by Autosport if he was surprised that Mercedes won a race, Binotto said: “It's not a surprise. I think that they were fast in Brazil.

“It’s not surprising because, if I look at the last races, maybe with a different tyre choice, they would already have won races. And I think that they simply didn't win because they missed the right choice of tyres.

“They have been the fastest car in the last races, so not surprising coming here in Brazil. They brought a new aero package in Austin, which I think worked well, and they are capitalising on it.”