F1’s top teams have faced a big headache this year trying to cut back their spending to get below the $145 million cost cap limit that has been introduced.

Both Mercedes and Red Bull talked about the pain they had to go through over the winter to lay off staff that they could no longer afford to keep.

But as the season has worn on, there has been further concern about the complications that outfits are facing when it comes to paying out for unexpected damage.

Valtteri Bottas’ crash at Imola prompted Mercedes to fear it would have to cut back on development updates, while Red Bull was unhappy about a $1.8 million repair bill it faced from Max Verstappen’s accident at the British Grand Prix.

Ferrari team principal Mattia Binotto suggested after the Hungarian GP, when Charles Leclerc was taken out by Lance Stroll at the first corner, that rivals whose drivers are guilty of causing crash should pay for any damage caused.

But while not all teams are in agreement that such a scenario is realistic, Binotto thinks there are justifiable grounds for at least teams and F1’s chiefs to get together and talk about it.

He says that an inspection of bills from the first half of 2021 shows Ferrari has faced paying out 2.5 million euros ($3 million) for damage – which shows the kind of leeway that has to be built into budgets nowadays for unexpected events. 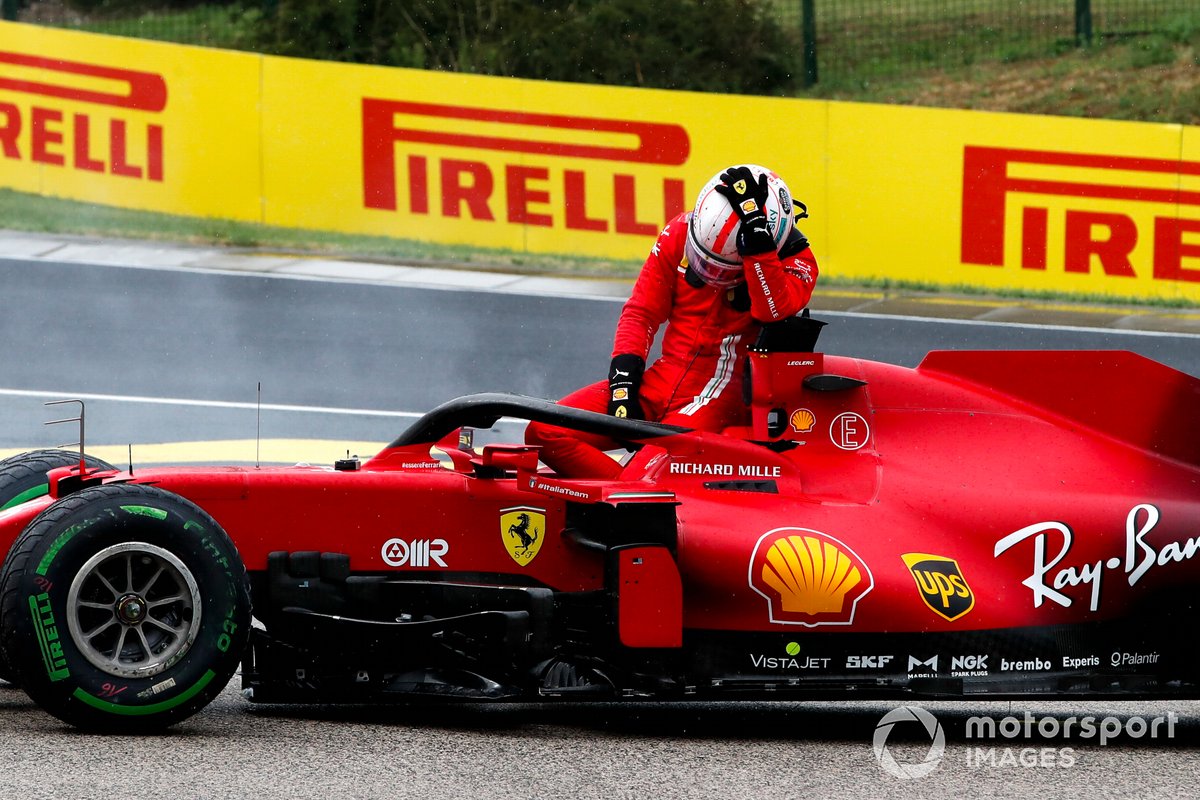 “Now, obviously, there's been a lot of discussions that if there is a crash and there is a guilty driver, and you're not faulty, and if you have been damaged, then should that be exempt from the budget cap?

“I think it's certainly an important point because the reason why I mentioned 2.5m euros is to show that overall the damage can be significant. So should we consider a different type of regulation in those cases?

“I think certainly there is merit for it. I think that certainly there are no obvious solutions, but it is something that no doubt we will discuss with the FIA, F1 and teams in the coming weeks, possibly to address it, to see if there is any solution for the future.”

Beyond the damage cost, there is also a fresh debate about whether teams should face exemptions from grid penalties if they suffer engine damage as the result of another drivers’ actions and are forced to take a fresh power unit.

Leclerc lost his second power unit of the year after he was swiped by the out-of-control Stroll at the first corner of the Hungarian Grand Prix.

Binotto thinks there are grounds to discuss a potential change here too, even though it would be very complicated to sort out.

“There is no obvious solution,” he said. “If we damage an engine, as in our case like in Hungary, it was an engine that still had its intended usage but was not new.

“By replacing it, you fit something new so you don’t do it with something of equal mileage and the same lifespan. So it’s complicated.

“There is talk of a further reduction in 2025, of moving from three engines to two [per season] so it is clear that the fewer engines there are, the more important the issue becomes.

“We will discuss with all the other teams, and with the FIA, because this is certainly a current issue, brought to light from several sources, and therefore it deserves to be explored. But I don't think there is an easy solution.”