Ferrari thinks it's completely "wrong" to suggest its return to the front of Formula 1 this year is down to it getting a headstart on new rules.

After two years without a victory, Ferrari has emerged as a championship challenger this year, with both Charles Leclerc and Carlos Sainz grabbing wins in the first half of the 2022 campaign.

The team was well aware of the opportunities that the new rules reset would offer, as it pushed extra hard to ensure its F1-75 was as competitive as possible.

But while some suggested that Ferrari made greater progress than its rivals over the winter because it started earlier on its 2022 challenger, as Mercedes and Red Bull were locked in a title fight last year, Ferrari does not concur of that being a factor.

Instead, team principal Mattia Binotto says that Ferrari's progress is down to it doing a better job, as it had no more of a headstart than anyone else, and was equally locked in an intense fight with McLaren last year that meant it could not abandon 2021 development early.

Asked if he felt it unfair some had claimed Ferrari's early strong form was down to a headstart, Binotto told Autosport: "I don't think it's unfair, I think it's wrong.

"The reason why is, first, we all started exactly the same time to develop the 2022 car. That was January 2021, when finally it was possible to start simulating and going into windtunnels with new cars. Before that, we could not do it.

"So it's not that we anticipated the start to the development compared to others. We all started exactly at the same time.

"Then, it's a matter of how much resources and priority you could put on the project. Maybe the two cars which were fighting for the 2021 championship had to put some more developments into 2021, but I think we did it as well ourselves, because we were in the fight with McLaren.

"I think that finishing fourth was not our objective. We had to fight with them to the end of the championship and we developed our cars through 2021 as well."

Binotto thinks that the gulf in performance between itself and McLaren this year, having fought on equal terms last season, is a better indicator of the good job his team did.

"Certainly the focus of putting development on 2021 was not as much as Mercedes and Red Bull, but I don't think it was so different to the other teams on the grid, and they are behind," he said. 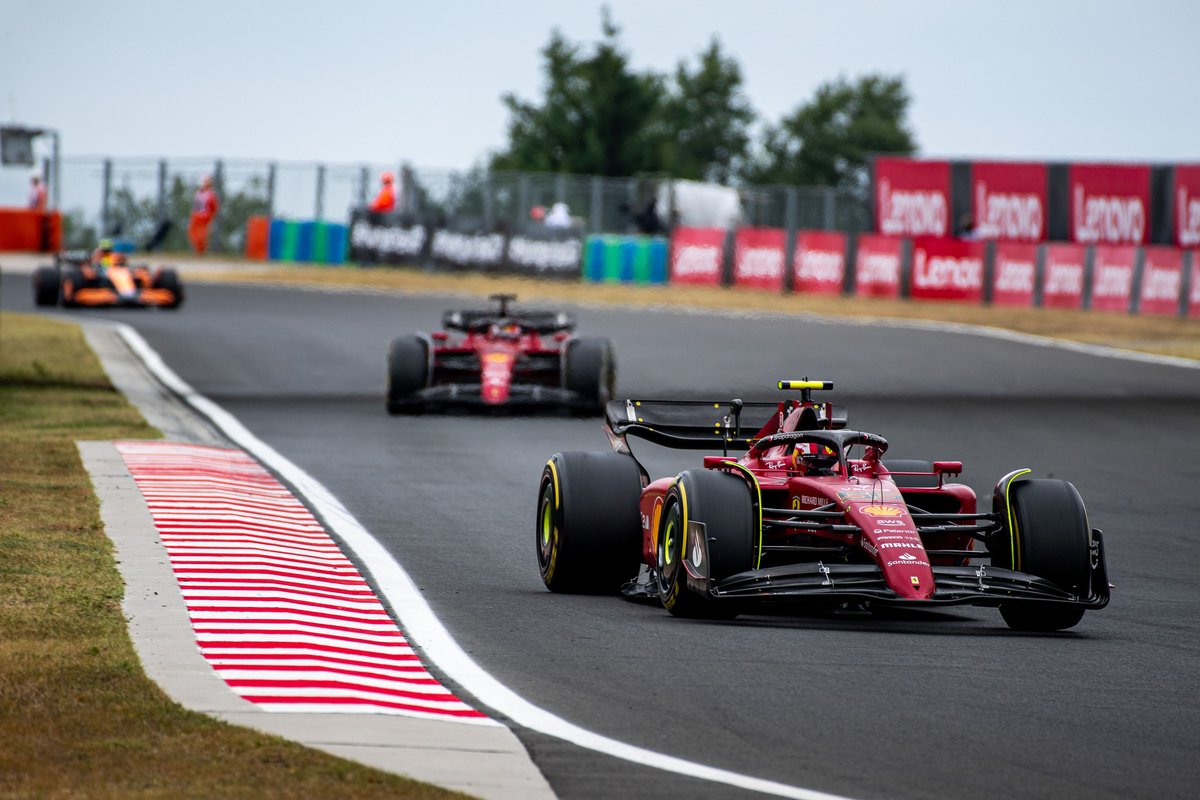 "Maybe, as we did, they put priority in 2022, but the final result has been different. And it's also because I think in 2020 and 2021, we were not performing to the true capacity of this team."

Ferrari started the season in control of the championship, but rival Red Bull has subsequently seized the initiative.

And while the Maranello outfit has not given up hopes of the title just yet, Binotto is adamant that the target heading into 2022 was never simply winning the championship.

"We have been competitive at the start, and we have been capable so far to develop the car and keep being competitive. So yes, so far at least we are reaching what were the initial objectives."

Asked about if the pressure of a title challenge was too much at times, Binotto said: "I think the pressure with Ferrari will always be there.

"I think it's something we cannot change because that is part of what the brand represents in terms of what has been achieved so far, and what the people are expecting from it.

"We simply need to deal with the pressure: as the pressure will never disappear. I think that that's part of it as well: the capacity of the team to be capable of dealing with pressure, leaving it outside and stay focused."