The team has opted for a distinctive mounting for both of the wastegate pipes from its turbo, which sit directly on top of the main exhaust.

This design was fitted on Sebastian Vettel's car for FP1 at Hockenheim, with Kimi Raikkonen sticking with the older version (below) for now. 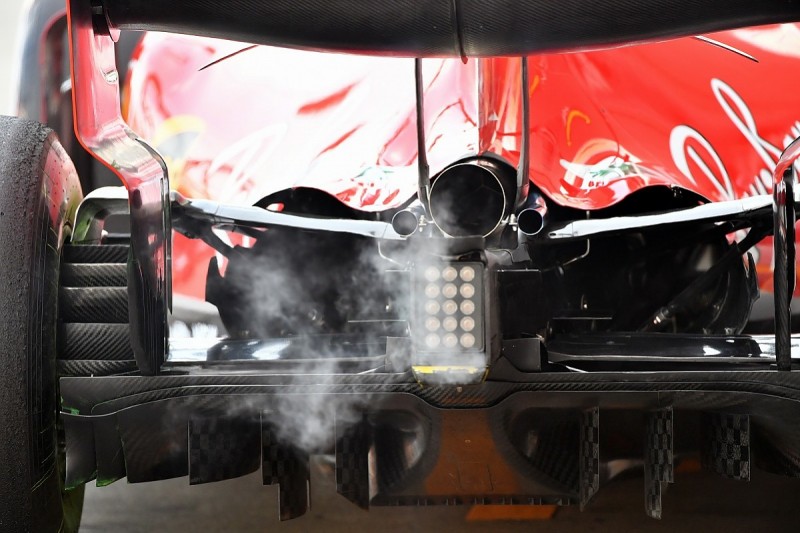 The changes to the Ferrari exhaust have been introduced alongside a new rear wing design, which features an upwardly curved leading edge to the mainplane.

The parallel changes could point to the possibly of tweaks being partly motivated by a need for some extra exhaust blowing of the rear wing.

The FIA has gone to great lengths in the past year to limit the aerodynamic benefits that can be garnered from the exhaust.

But teams are always looking to seize the opportunity to use the exhaust gases to drive aerodynamic performance, especially when the regulations permit the exhaust and wastegate pipework to be in proximity to bodywork.

Ferrari's exhaust change will also be beneficial in allowing the team to package its engine cover even tighter, with bodywork now flowing around the contours of the new design.

Ferrari can incorporate both wastegates on top of the exhaust in this way because it has a twin-pillar setup for its rear wing.

Teams that run a single pillar would find this solution more difficult to incorporate.