Ferrari says it is still too early in the 2022 campaign to consider team orders between its Formula 1 drivers, despite Charles Leclerc’s current advantage over Carlos Sainz Jr.

The Italian squad has been the team to beat so far this season, with Leclerc emerging as the championship leader – winning two of the first three races.

Following Sainz's DNF in Australia last weekend, Leclerc is 38 points ahead of his team-mate and is clearly in the best position to go for the title.

But despite the obvious advantage that Ferrari could get from throwing all its weight behind one driver, team principal Mattia Binotto is clear that both drivers remain clear to go for wins right now.

“It's only three races which have been done now,” he explained.

“There are still 20 races left, hopefully 19 or 20. So the championship is still very long.

“Our drivers are free to fight, and I am really looking forward and enjoying that they are battling for a good place, and first place, if possible.” 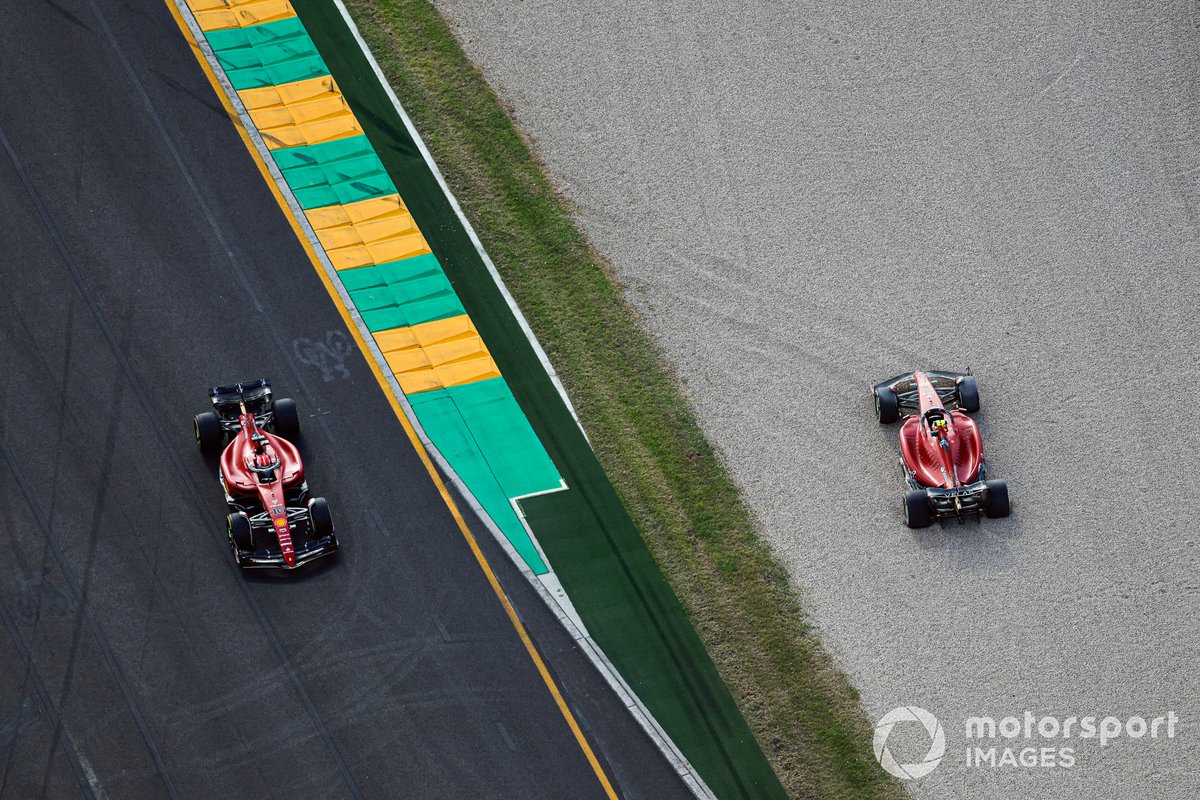 Ferrari’s F1-75 appears to have no weaknesses, with it proving fast in all conditions and circuit types, plus with better reliability than main rival Red Bull.

Leclerc himself said that the team’s 2022 car was a thrill to drive, and was allowing him to extract the most from it.

“It is a very strong car for sure,” he said.

“I think until now it's fitting my driving well. I understood the car very early in the season and I think that is helping me for now.

“This has been a good surprise. But yeah, we need to keep pushing obviously. For now, it's going extremely well.”

But with Ferrari heading to its home race at the Emilia Romagna Grand Prix next, Leclerc is aware that the team cannot allow itself to get distracted from its need to keep delivering to its best.

“There are a lot of things that are going to be quite crazy in Imola for us,” he said.

“Obviously, other than that, it will also be a race weekend where we'll have a sprint race. Whether it's the right track to do it or not, I don't know. I think we'll have the answer after the weekend.

“I'm pretty sure there's a lot of excitement but we also need to make sure, as a team, that we don't try and overdo things, because there will be a lot of expectations as always. We need to stay calm.”

Alpine cautions on F1 concessions for Porsche and Audi