Ferrari to hold fire on next F1 updates until British GP

Ferrari expects to wait until around the time of the British Grand Prix for its next big Formula 1 update package.

The Italian outfit, which is locked in a championship fight with Red Bull this year, introduced its first major overhaul of its F1-75 at last weekend’s Spanish GP.

The improvements appeared to have delivered some progress, with Charles Leclerc taking pole position and looking on course to take a victory before he was stopped with a power unit problem.

While Ferrari knows that it cannot back off if it wants to stave off the renewed threat from Red Bull, it equally is aware that it has to stay under F1’s cost cap limits too.

The budgetary constraints are why Ferrari waited until Spain to bring its first major step for 2022, and are a factor in holding back until July for the next update.

Team principal Mattia Binotto said that the run of street circuits, including Monaco and Baku, also played a part in its plans.

“I think the budget cap is dictating somehow what we can do,” he said. “We need to certainly have a close look at it and not wasting our money, because we cannot simply do that.

“I think we'll bring upgrades when we have got a significant one. It will not come every single race that we will be bringing pieces.

“On top of that, I think you can look at the next races. We've got now Monaco where maybe you're bringing a new front suspension for steering angle, and then later on, we've got Baku which is a city circuit.

“So I think it will be around the UK where maybe some developments will arrive.” 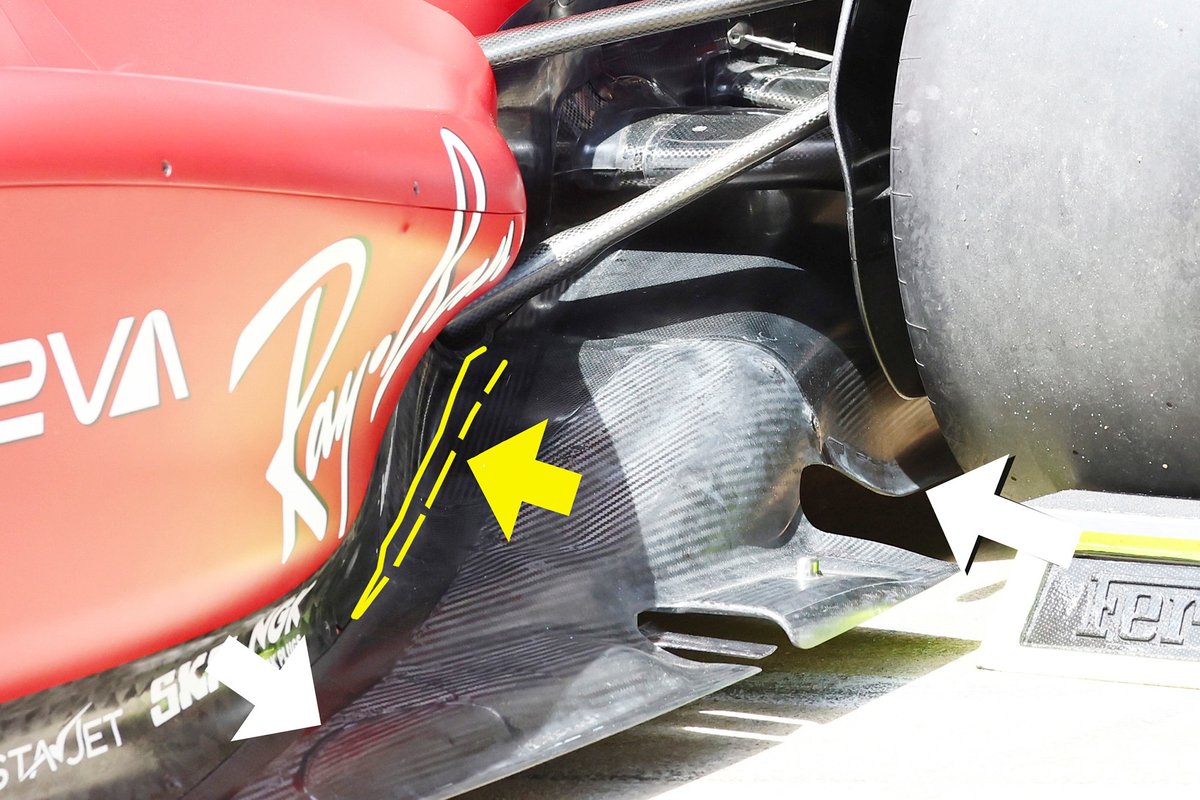 Leclerc’s engine problem in Spain opened the door for Max Verstappen to take a victory that moved him to the top of the F1 title standings.

But despite seeing his championship advantage wiped away, Leclerc said that the progress from the updates in Spain was most encouraging for him.

"Of course, there's this issue that we've had on the car and I'm very disappointed, but on the other hand I think there's plenty of positive signs other than that," he said.

"Throughout the whole weekend our qualifying pace, the new package works as expected, which is not always a given, and everything was working well.

"And our race pace and tyre management, tyre management after the last few races, we've been struggling quite a bit compared to Red Bull. And today it was strong.

"In those situations, I think it's good to also look at the positives, and there are plenty."