Ferrari has withdrawn its appeal against Racing Point's Formula 1 brake duct copying case verdict, becoming the final team to drop its opposition to the penalty levied by the FIA

Having originally submitted a notification to appeal the decision made against Racing Point's brake ducts, Ferrari's withdrawal from the appeals process means that the case will not go to the International Court of Appeal, and is effectively over.

The original verdict announced by the FIA stewards at Silverstone will stand.

Racing Point will retain the penalty of a €400,000 fine and 15 constructors' World Championship points.

The team will also continue to be reprimanded by the stewards at every race where it uses the contentious brake ducts.

McLaren, Williams and Renault had already dropped the matter and, earlier on Sunday, Racing Point confirmed that it would also not continue with its appeal, which was intended to clear its name.

Ferrari boss Mattia Binotto had already indicated in Monza that the team would drop its appeal when the FIA confirmed regulatory changes regarding copying for 2021. 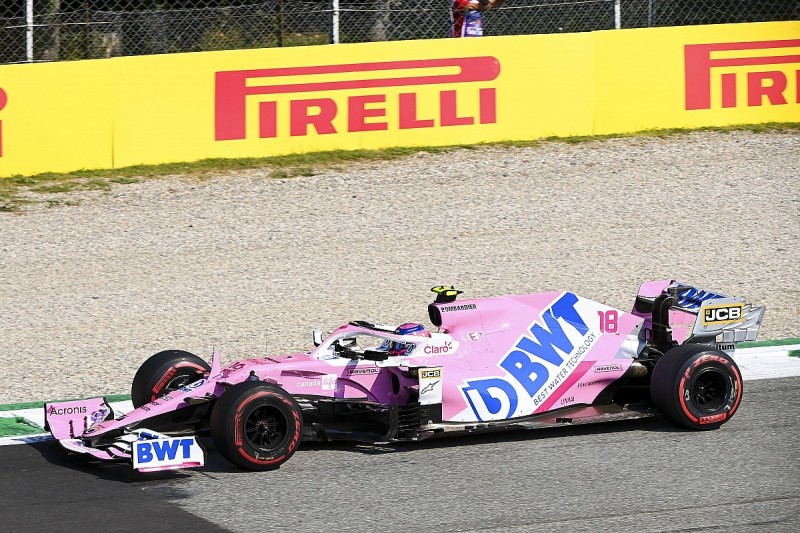 In a statement issued after the Italian GP Ferrari said: "In recent weeks, the collaboration between FIA, F1 and the teams has produced a series of acts - amendments to the 2021 technical and sporting regulations, approved by the F1 Commission and the FIA World Motor Sport Council, and technical directives - which clarify the responsibilities of each championship participant in the design of the components of a single-seater and implement specific monitoring procedures to ensure that both the letter and the spirit of the regulations are fully respected.

"Scuderia Ferrari expresses its appreciation for the timeliness with which the FIA and F1 have effectively tackled a fundamental aspect of the DNA of this highly competitive sport."

Racing Point confirmed that it had dropped its appeal shortly before the start of the Monza race.

The Silverstone team noted: "We welcome the resolution the teams have agreed, and we're pleased the FIA has provided much needed clarification of the rules on listed and non-listed parts.

"Now that the ambiguity around the regulations has been settled, we have decided to withdraw our appeal in the wider interests of the sport."