Ferrari Formula 1 boss Mattia Binotto believes there is “nothing to change” at the team over the summer break despite its recent struggles and slip-ups against Red Bull.

Ferrari heads into F1’s summer break trailing Red Bull by 97 points at the top of the constructors’ championship after a strategy miscue led to Charles Leclerc’s defeat in Hungary on Sunday.

Leclerc was leading halfway through the race but faded to sixth after a switch to the hard compound tyre backfired and saw his pace nosedive. Team-mate Carlos Sainz also fell out of contention for victory, eventually finishing fourth as Ferrari lamented its struggles for pace in cooler conditions.

It marked the latest race where Ferrari’s strategy calls have come into the spotlight, but team principal Binotto denied there was a need for changes at Maranello.

“It’s not a matter of bad luck, and there is nothing to change as well,” Binotto said after the race on Sunday.

“Today [Sunday], certainly there is something that you need to look at and understand why. But if I look again at the balance of the first half of the season, there is no reason why we should change.

“I think we simply need to address what was wrong today, we need to understand, and then to address and get back competitive at the 12 races so far [before Hungary] and the reason why it could not be the case at the next one.” 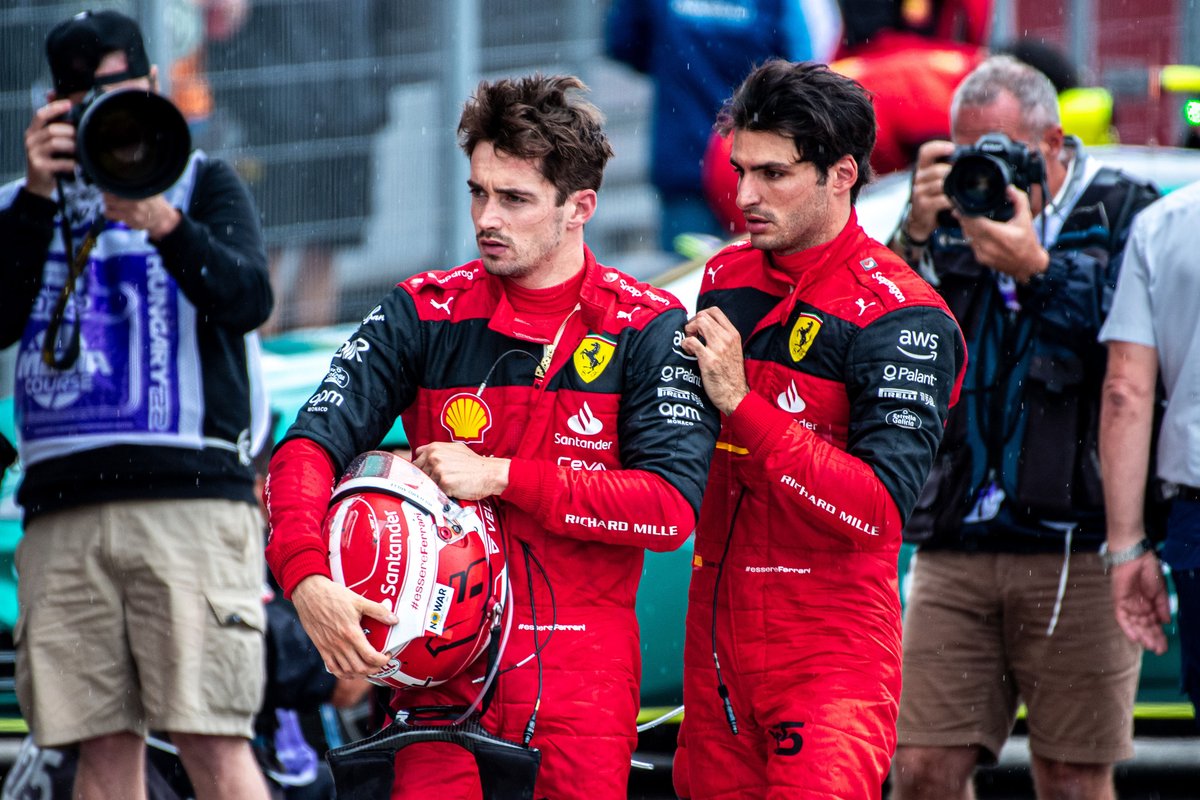 Binotto claimed that Ferrari did not have the pace to win in Hungary regardless of its strategy calls, but Leclerc was left baffled by the call to fit hards.

The Monegasque driver eventually came in for a third pit stop, causing him to drop to sixth, which meant the gap to Verstappen at the top of the F1 standings grew to 80 points.

Binotto was confident that Leclerc would be able to “rest and relax to come back even more hungry” after the summer break, helping push Ferrari forward and recover from its recent run of form.

Analysis: 10 things we learned at the 2022 Hungarian Grand Prix

“As a leader as he is [key] to continue building, building for the team and building for himself step by step, and I think to look at each single race as an opportunity to win,” Binotto said.

“We are winning and losing altogether. Today it has not been a great one but I think there is still much potential and a lot of potential.

“We need to focus first to understand the reasons of today, address them, and come back even stronger.”