Ferrari president Sergio Marchionne says the way his team lost the Formula 1 championship this year was "painful", but believes it has delivered valuable lessons in exposing its shortcomings

Ferrari started the season strongly and led the standings for much of the year, but its campaign went into freefall after Sebastian Vettel's crash in Singapore and engine problems in Malaysia and Japan.

Its drivers' title dreams finally ended in Mexico last weekend when Lewis Hamilton wrapped up the drivers' championship, a week after Mercedes clinched the constructors' crown at Austin.

Speaking in an investors' call on Thursday, Marchionne admitted that losing out on the championship would be a heavy financial blow to Ferrari, but said the team must shoulder the blame for everything that went wrong.

Asked about why Ferrari's campaign had fallen away, Marchionne said: "To answer your broader question about what went wrong in F1, I don't believe in bad luck.

"Ultimately it's a reflection on the way in which we manage the businesses.

"It was a combination, especially in the second half of the season, between technical issues and driver error... or driver misjudgement." 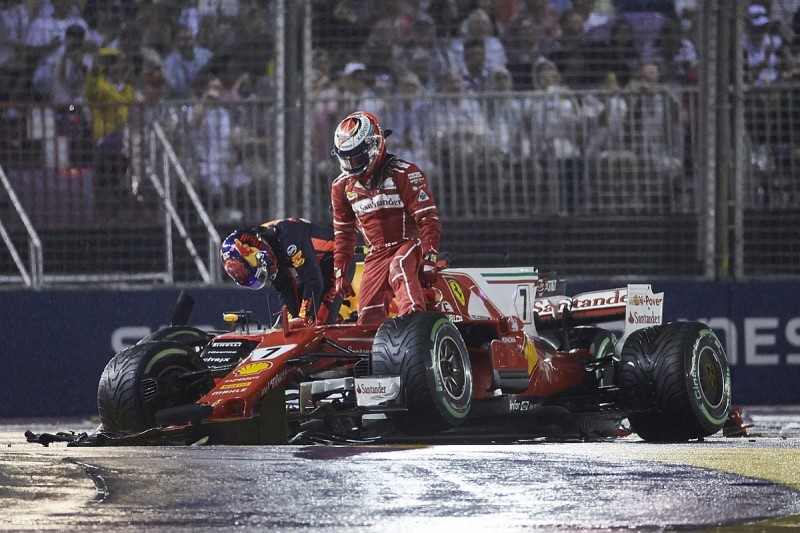 Marchionne added the swift manner in which it Ferrari's campaign collapsed had at least highlighted that the team needs to step up its game for 2018.

"I think we have learned a lot, and it's a painful way of learning it," said Marchionne.

"The second half revealed some structural weaknesses in the manner in which we are managing the business, which are going to get rectified and hopefully in 2018 will be a much better season.

"I remind everybody who asks me this question, and I am probably the most critical in the way in which we manage our F1 activities, but if I had asked anybody at this time last year as to how well we would have done in 2017 I couldn't have got a buyer for the idea that we would be that far advanced in the first half of the season.

"So, we have done well given our starting point, [but] we were unable to finish the task. It's a 2018 objective now.

"We regret not having done better, but the car is there - it's in my view the best car on the track today."