Ferrari is to race with its original Prancing Horse logo for the remainder of Formula 1’s Austrian Grand Prix weekend.

As part of its celebrations of the emblem appearing for the first time in a motor race at Spa-Francorchamps on 9th July 1932, the stickers on both Charles Leclerc and Carlos Sainz’s cars have been replaced at the Red Bull Ring.

Although the iconic Ferrari logo has not changed dramatically over the years, there are subtle differences between the contemporary version and the one that originally appeared.

The original horse was must less stylised, and the letters S and F, representing Scuderia Ferrari, were smaller and spaced much further apart.

The Prancing Horse was originally the emblem of aviator and Italian World War One fighter Francesco Baracca, whose family suggested that Enzo Ferrari use it for good luck on his racing cars.

Recalling how the idea for the logo came up, Ferrari once explained that it was a complete chance meeting with Baracca's parents.

"When I won my first Savio Circuit in Ravenna in 1923, I met Count Enrico Baracca and Countess Paolina, parents of the flying hero," he wrote.

"One day the Countess said to me, 'Ferrari, why don't you put my son's prancing horse on your cars? It'll bring you good luck.' The Horse was and will always be black; I added the canary yellow background, the colour of the city of Modena.'

As well as the yellow for Modena, which is near Ferrari's Maranello base, the Prancing Horse logo features the colours of the Italian flag at the top. 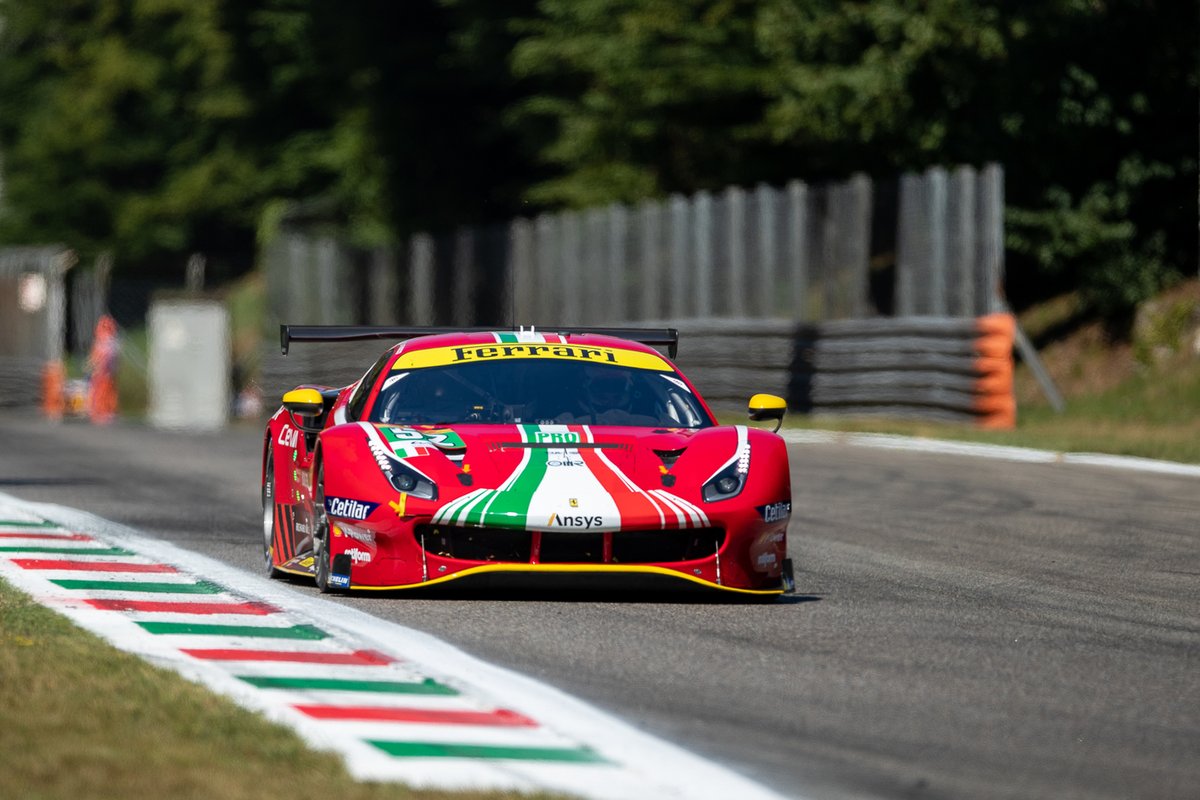 The logos appeared on a Scuderia Ferrari entrant for the first at the 1932 Spa 24 Hours.

They were painted on the Alfa Romeo 8C 2300 MMs entered by Ferrari. The team duly took a 1-2 finish thanks to the pairings of Antonio Brivio and Eugenio Siena, plus Piero Taruffi and Guido d’Ippolito.

The Prancing Horse logos of Ferrari’s 488 GTE cars racing at the Monza World Endurance Championship event this weekend are also being replaced for the original version as part of the celebrations.