Ferrari reveals its concept for the future of Formula 1 cars

Ahead of a meeting of the F1 commission in Geneva on Tuesday, in which future rules are set to be discussed, Ferrari has hinted at the scope of car design overhaul it believes is required.

Rather than pushing for any set direction of rules - such as car width, tyre size or engine capacity - the idea of the Ferrari concept car is purely to show how simple it would be to make sweeping car changes.

Following weeks of work from Ferrari's own in-house design studio, in close co-operation with its F1 aerodynamic department, the result is a very futuristic looking car that still sticks to the general concept of current regulations.

Ferrari's publication of its concept car comes just a fortnight after McLaren and Red Bull showed rival teams in a strategy group meeting concepts that they would like to see.

Both teams have declined to release those images, although it is understood they are not as radical as the Ferrari car.

F1 teams are continuing discussions about a rules revolution aimed at making cars faster, harder to drive and much better looking. 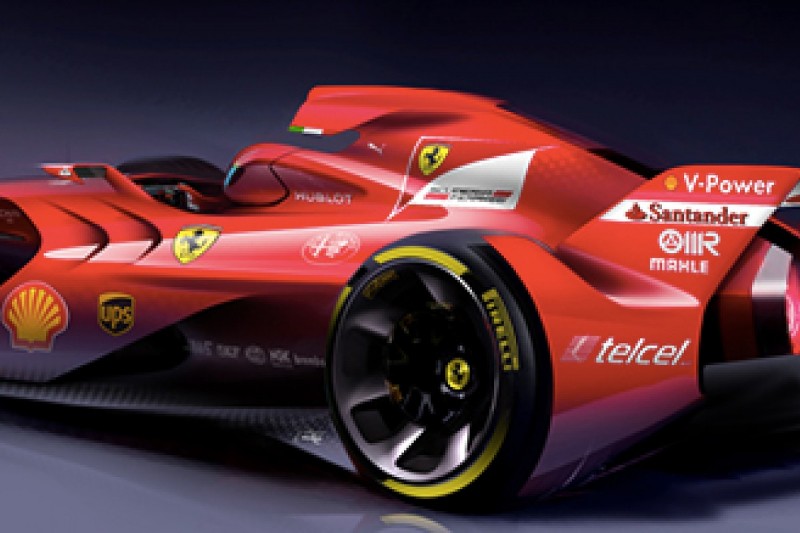 Spurning the F1 path for BMW and the DTM