Following a two-week break since the last event in Austria, teams have made use of the time to green light a series of tweaks that they hope will further boost their competitive form.

Ferrari's revised front/mid floor and tweaked diffuser had already been spotted in the Paul Ricard pitlane on Thursday.

The team explained that the changes were part of a normal development cycle, and would be carried forward for future races.

"It aims at improving the overall aerodynamic performance through the entire car operating envelope and is not specific to the Paul Ricard circuit," explained the team in documents submitted to the FIA. 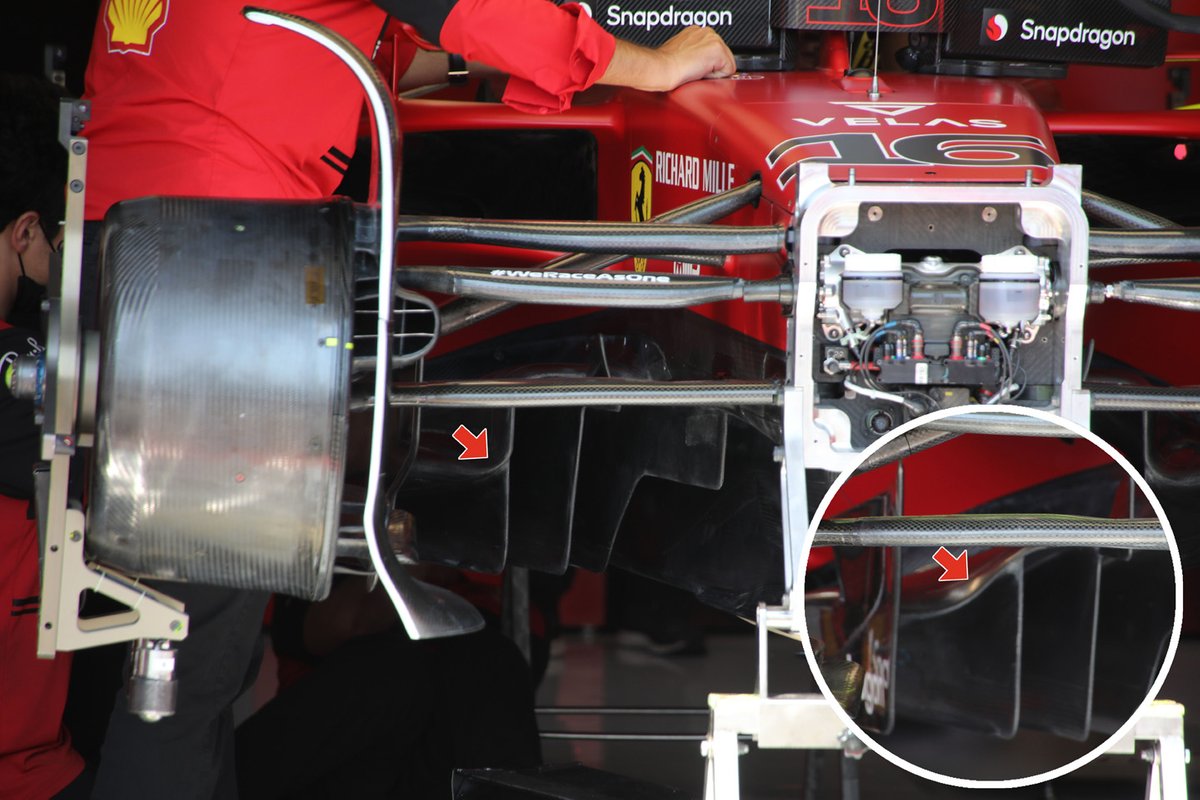 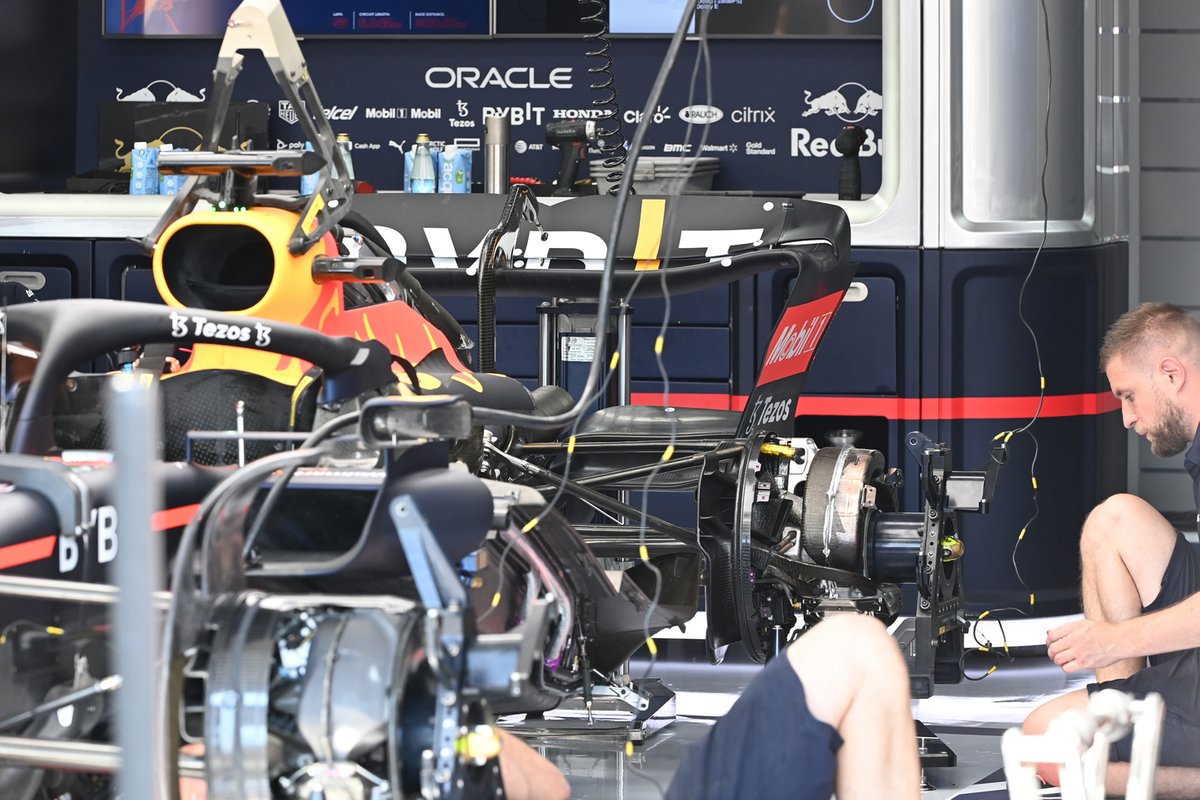 Red Bull has also focused on changes to the floor area, with revised fence geometries that extend to the edge.

The team explained: "The fence layout has changed to redistribute the local pressure distributions to improve load while maintaining the flow stability."

The RB18 will also be fitted with a revised upper wing cascade behind its rear brakes. This is again targeting improved downforce but without disrupting the lower wing cascade or the adjacent brake duct exits. 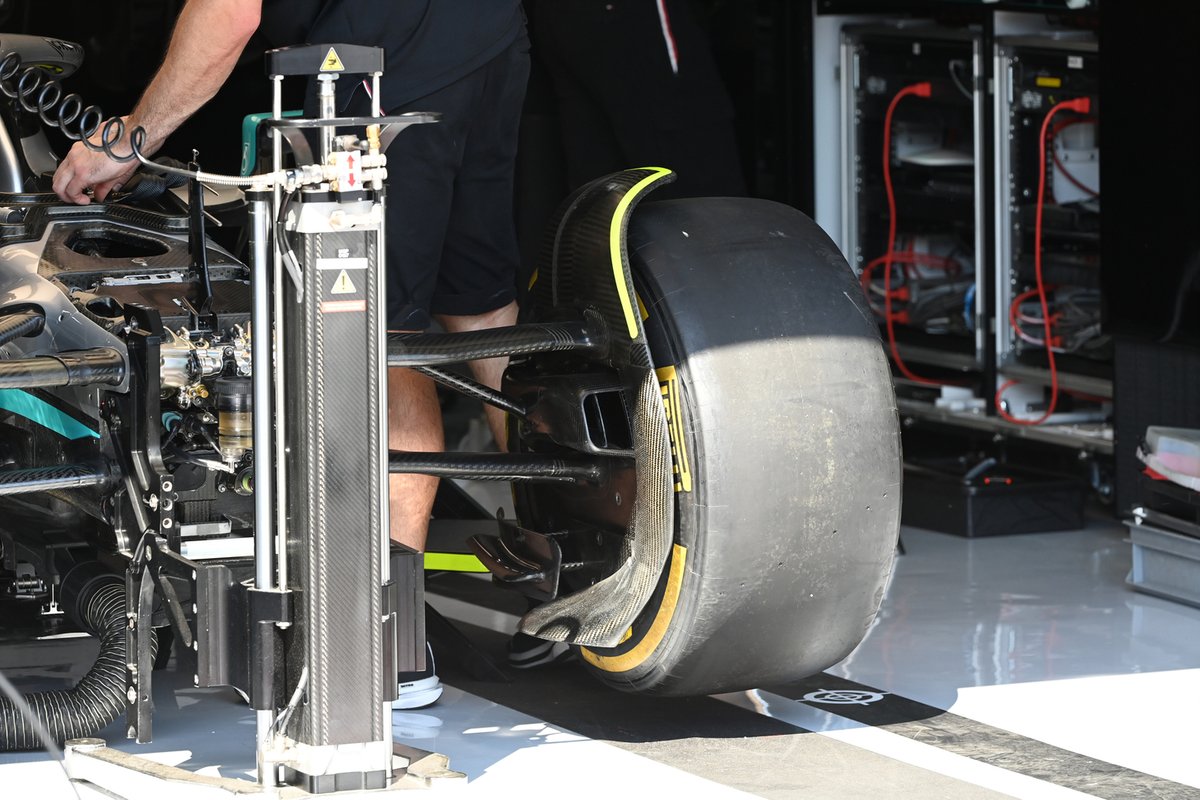 Mercedes, which will be running with a revised cooling duct on its nose that was spotted on Thursday, has also made changes to the floor edge and the front brake duct.

On the floor there is a reduced curvature on the edge ahead of the rear tyre.

The team explained that this: "reduces local floor load by reducing the local camber [thereby] improving flow into the diffuser, which is turn increased diffuser load."

The addition of internal louvres at the front brake duct exit are aimed at improving cooling, with very hot temperature expected in France this weekend. 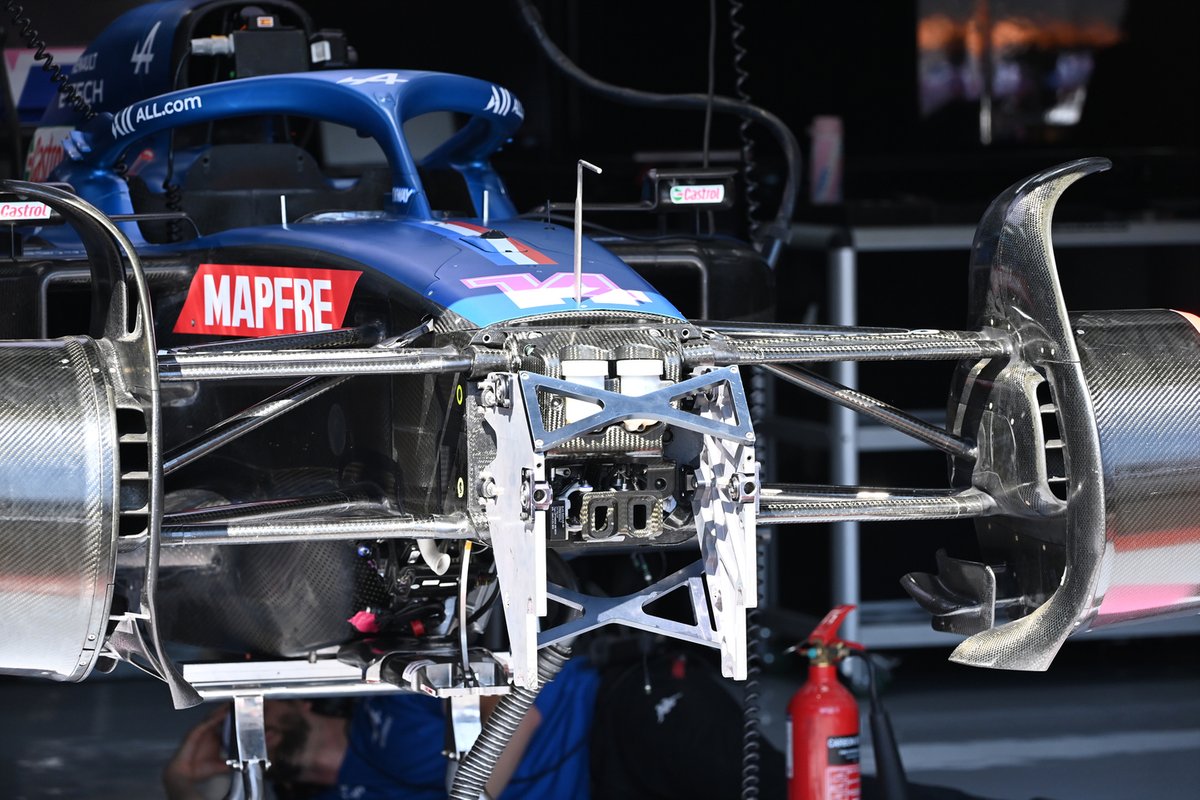 Alpine has also kept up its development push as it is introducing changes to the floor edge and fences.

A new revised underfloor strake targets a higher energy 'off-body' blow to improve airflow underneath the floor and its edges. Tweaks to the fences should help improve airflow to the rear of the car.

What is the greatest race of all time?