Ferrari sees no reason why it cannot win the remaining 10 Formula 1 races this season to help save its world championship ambitions.

The Maranello team and its early title leader Charles Leclerc have found themselves firmly on the back foot thanks to a combination of engine problems, strategy blunders and driver errors in recent weeks.

Leclerc’s latest mistake, spinning out of the lead at the French Grand Prix, left the door open for main rival Max Verstappen to grab yet another victory.

That success means the Dutchman now enjoys a 63 points advantage in the drivers’ standings, with his Red Bull squad 82 points clear in the constructors’ championship.

But while the gap looks immense, it is not insurmountable – and Ferrari team principal Mattia Binotto said all his team could do now was target victory in each of the remaining races

Reflecting on whether or not the Italian squad’s title hopes now relied on Red Bull tripping up, Binotto said: “I don't know, because I'm not counting points. If you would have asked me before this race what was the gap to Red Bull or Max, I couldn't answer to you because I'm not looking.

“What we are focused on is trying to go to each single race and get the maximum results from it. It didn't happen here in Paul Ricard, but I think we're already focused on Hungary and going there for a 1-2.

“I think each single race counts [the same] as the others. At the end of the season, we will do the sums and let's see where we are.” 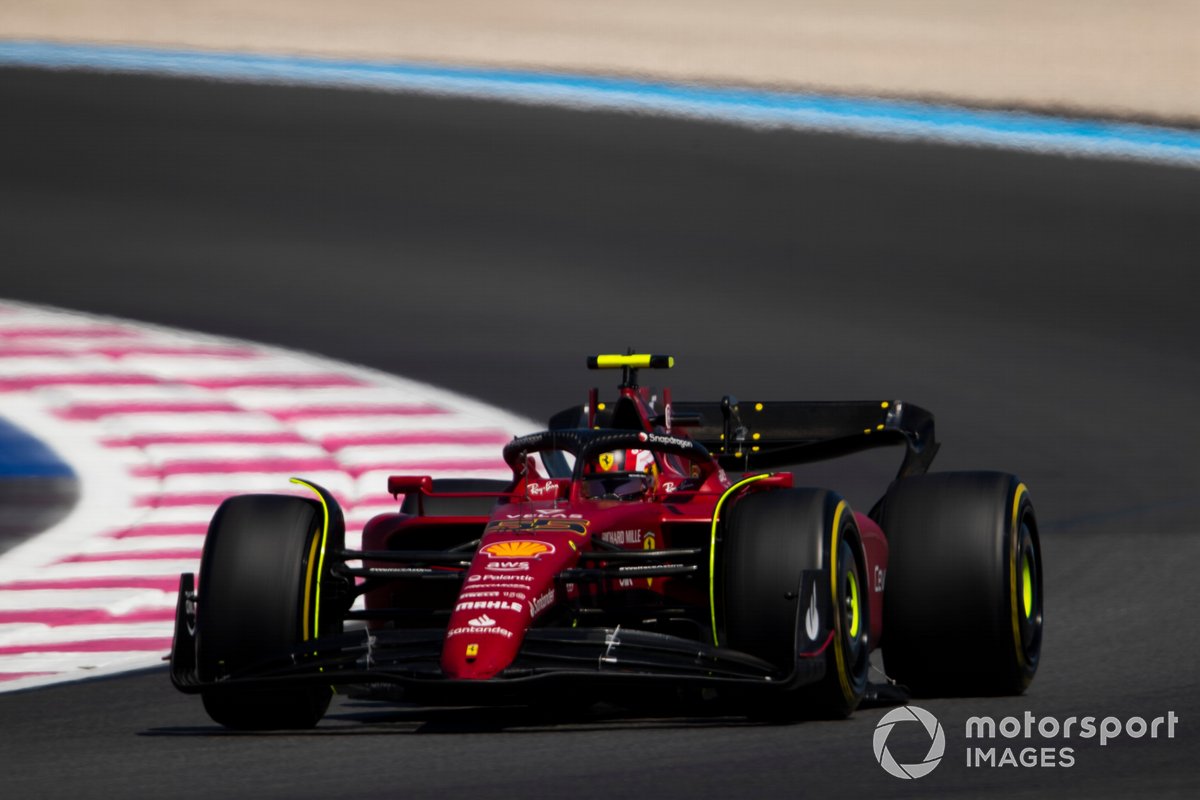 Binotto said the fact that Ferrari’s car has proved so quick, with Leclerc looking on course for the win in France, has left him feeling that the team has the potential to pull off an impressive run.

“I think what's more important to see is the good package,” he explained. “There is no reason why not to win 10 races from now to the end.

“I think that the way to look at it is positively, and I like to be positive - staying optimistic. Could something happen to Max and to Red Bull? It already happened to them as it happened to us. Maybe it happens as well.

“But I'm not counting on it. I think we need to be focused on ourselves and do the best.”

While Leclerc was left counting the cost for the mistake that pitched him out of the French GP, Binotto is clear that the Monegasque’s pace is such that things could turn around very quickly.

“What I have said to Charles is that things are more complicated, but not impossible,” he said. “And simply we will enjoy more in case we can turn it into a victory at the end.

“We need to stay focused in each single race. If I look back on the last races, we had always a great potential. It didn't turn into the best results in terms of championship points, but right now there is no reason why in the next 10 races that cannot happen.

“The potential is there. The drivers are fantastic. So I am pretty positive.”