Ferrari's halo-mounted mirrors courted fresh controversy at the Spanish Grand Prix last weekend, but this was just one of several new technical solutions introduced by the Formula 1 team

The legality of Ferrari's wing mirrors was first put under the microscope in Azerbaijan.

Ferrari added three small tabs to the upper trailing edge after rivals lobbied the FIA over the visibility of the SF71-H's floor strakes, which contravened a rule stating no bodywork can be seen in the area ahead of the sidepods and floor from above. 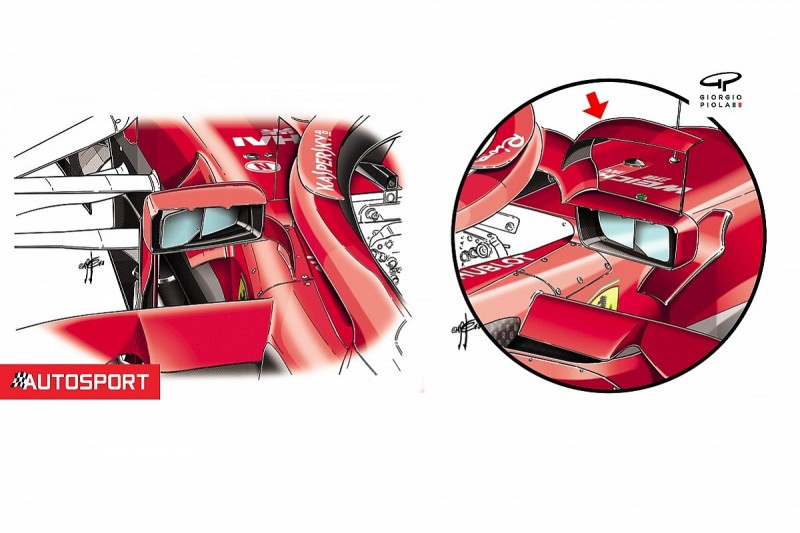 It then became the first team to take advantage of the FIA's technical directive clarifying the use of mirrors on the halo, and the housings and mountings that can be used.

Ferrari installed it in controversial circumstances in Spain, with the main mirror housing connecting point fine but the winglet that ran across the top more contentious.

The defence was that the winglet was a "minor local reinforcement", as demanded by the FIA's technical directive, but the officials viewed it differently. 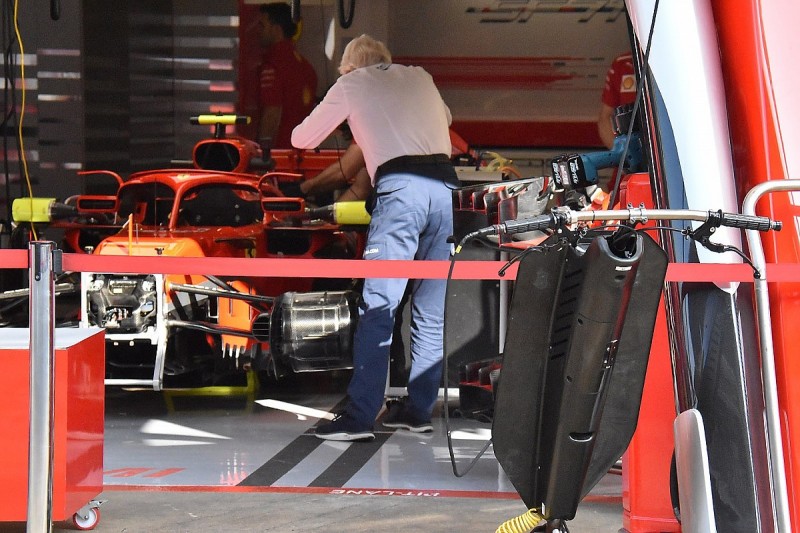 The winglet, which race director Charlie Whiting said would have carried an aerodynamic benefit, even if only small, must disappear for the Monaco Grand Prix.

Ferrari's innovation did not end at the mirrors though, with other refinements made as the team bids to maximise its 2018 design.

It introduced the sort of longitudinal floor holes already utilised by McLaren this season. 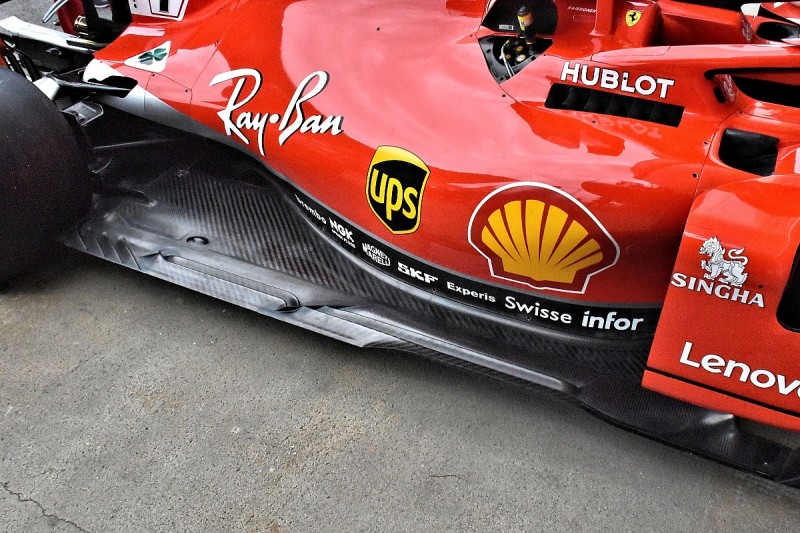 Ferrari is looking to work that part of the car harder, with the holes working together to minimise 'tyre squirt'.

This phenomenon is destructive to the diffuser's performance if left untreated and is something that Ferrari is clearly keen to manage.

Also at the rear of the car, Ferrari has employed a new suspension upright. 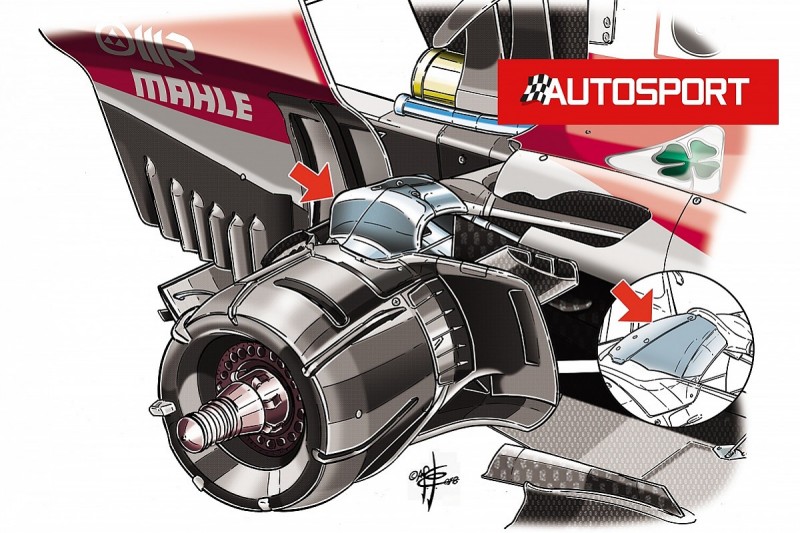 It has a much more aggressive transition, allowing a wider, flatter surface that is designed to improve the aerodynamic output of both the component and the rear wing behind.

The diffuser was also revised, with the outer feathered section less square than its predecessor and a ramped central section that tapers more heavily. 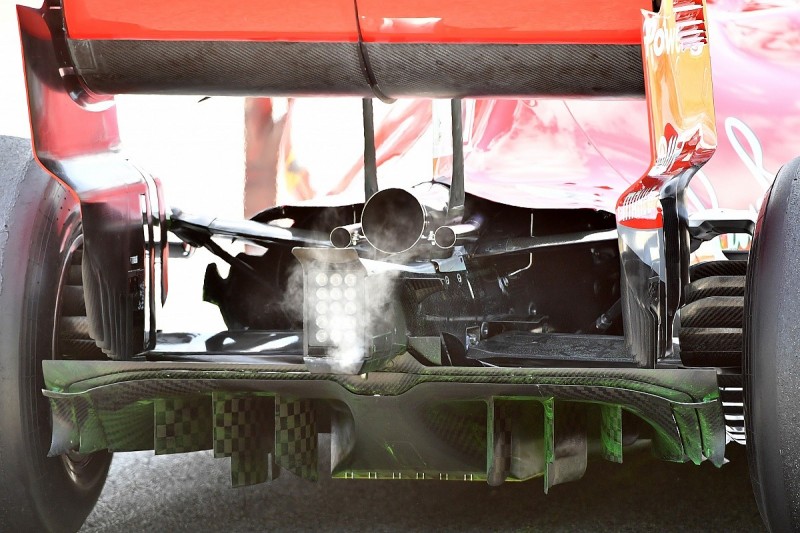