Santander, which has announced a three-year deal to back the UEFA Champions League, will also end its association with the F1 organisation. That has included taking the title sponsorship of several races over the years, including the British Grand Prix from 2007 to 2014, and the Spanish GP from 2011-13. 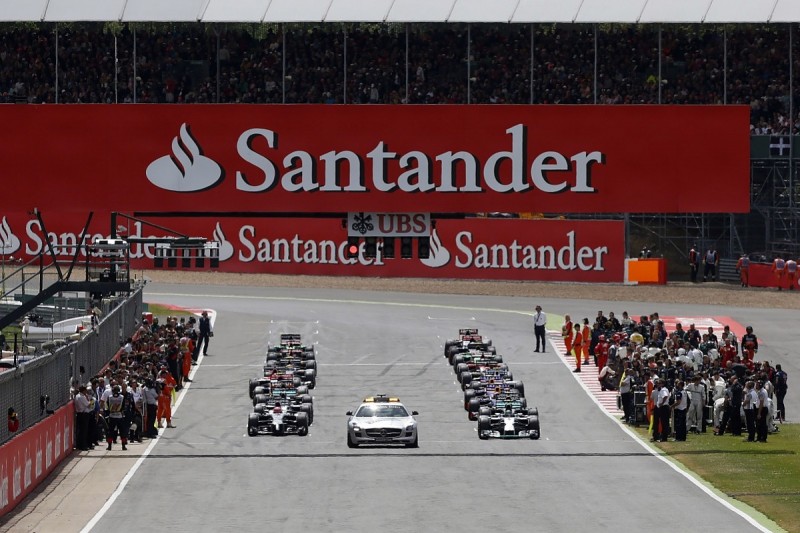 The company's relationship with Ferrari began in 2010 alongside Fernando Alonso's arrival.

Santander has also enjoyed a long association with McLaren, starting in 2007 when Alonso first joined the team.

But in recent seasons McLaren's deal was only with Santander UK plc, and was a relatively minor one that was closely linked to Jenson Button's involvement - with no branding on the actual cars.

Confirmation that such a big name is leaving the championship will come as a blow to F1 owner Liberty Media on the same day that Alfa Romeo announced that it is stepping up its involvement from small stickers on the Ferraris to full title sponsorship and a technical partnership at Sauber.

In a statement Santander said that at the end of 2017 it "will conclude its successful sponsorship of the Formula 1 racing team, Scuderia Ferrari, which it has supported for the last eight seasons.

"The bank will also conclude its corporate sponsorship agreements with F1, which have helped increase Santander's brand recognition around the world over the last 11 years."

Why Todt's reign is eight years longer than planned