The Ferrari Formula 1 team is stuck "in a hole" right now according to its CEO Louis Camilleri, who concedes it will be "tough" to improve its fortunes before 2022

The Italian outfit had another disappointing showing at the Tuscan Grand Prix as Charles Leclerc slipped back from running third early on to end up eighth, aided by a five-second time penalty for Kimi Raikkonen, with Sebastian Vettel down in 10th.

At what was its 1000th grand prix, several of the team's senior management made an appearance - including chairman John Elkann and Camilleri.

And reflecting on what has been a difficult phase to the campaign, with bruising weekends endured in Spa and Monza, Camilleri said he was not hiding from the troubles the team faced.

"Listen, we're in a hole now, and we know we're in a hole," he said. "It's a confluence of factors, but anything I say will come across as excuses. And we're not into excuses.

"So what matters is to focus on the issues we have and to work hard with determination to get back to what we consider to be our rightful place."

Ferrari knows that the chassis and engine freeze rules for this year are limiting its scope to make progress.

However, it is hoped that development work it is doing on its engine can allow it to reduce the deficit it is facing in that area this season, before all-new rules come in for 2022. 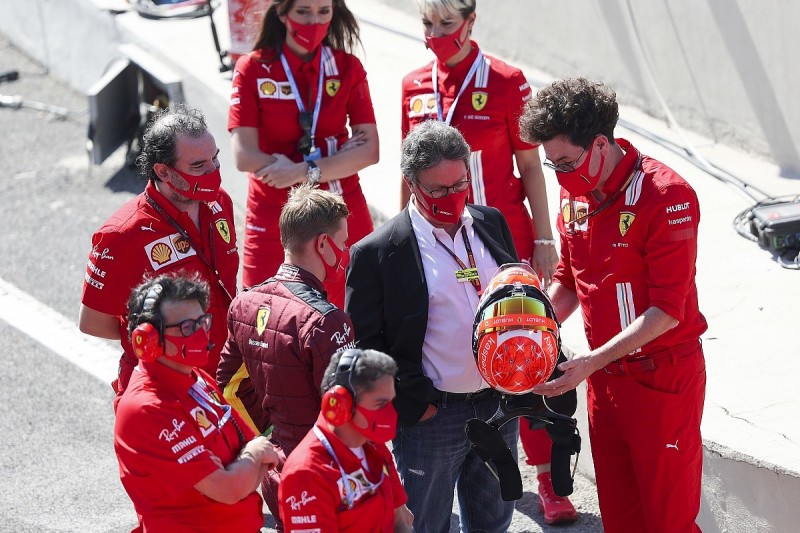 Asked if there was any hope of doing much better before the 2022 changes, Camilleri said, "I mean realistically it's going to be tough.

"In Formula 1 we're always fighting time, both on the track and in development, and there's no magic bullet. So we'll take time. I'm hoping with a bit more flexibility in the regs next year we can at least step it up from where we are.

"Mercedes, hats off to them, they've done an incredible job and we'll see in 2022 with the new regs, whether it creates a reset. That's our hope."

Ferrari celebrated its 1000th with a special event in Florence on Saturday night - and Camilleri still sees a bright future for the Scuderia.

"Listen, I think Ferrari and Formula 1 are sort of joined at the hip," he said. "How to imagine Formula 1 without Ferrari? Or the other way around?

"We've been there forever and we're the only team. Others come and go. And yes, history creates pressure too. So we're looking forward to the next thousand."