The 18-year-old GP3 championship leader sampled current F1 machinery for the first time in the first of his six grand prix practice outings with Haas in Britain and will test for Ferrari at Silverstone on Tuesday.

"I found it quite good how calm he was about the whole thing, and we must never forget this is an 18-year-old kid in an F1 car - the fastest racecar in the world," he said.

"I wasn't surprised by him, but I was impressed by him and what he did.

"He told us what he felt in the car, just as any driver would do, but he was very cool about it.

"He was very professional, he did a good job, and he showed he can do it."

With Leclerc also scheduled to run in practice in the next two F1 races in Hungary and Germany, Steiner warned the workload will get more intense.

"There's nothing easy in Formula 1 if you want to make it," he added.

"We're not going to make it easy, we know what he has to do.

"Now he has done this, next time he will want to do more and we will expect more."

FERRUCCI: F1 WILL BE 'NUTS'
By Marcus Simmons 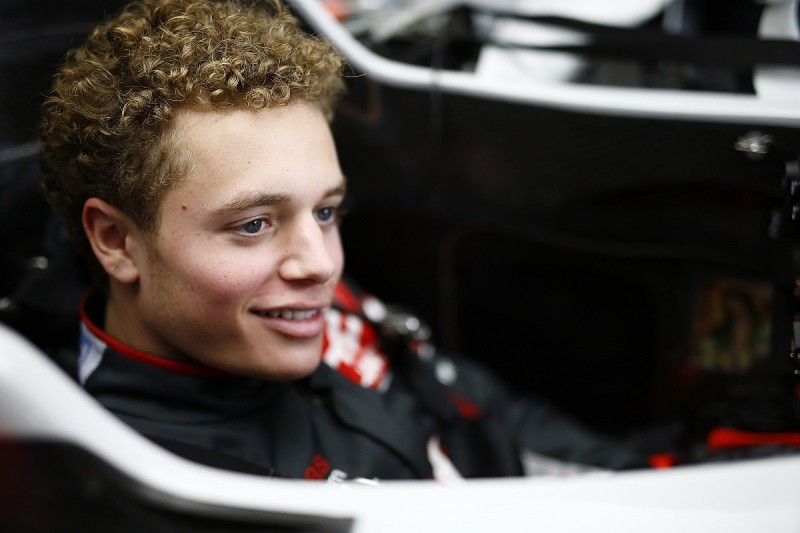 American teenager Santino Ferrucci will drive for Haas for both days of the Silverstone test.

The 18-year-old has never driven a car more powerful than his current GP3 racer.

Ferrucci, who scored his first GP3 points at Silverstone last weekend with a fourth place, said that racing in F1 is far from his mind, and he will be focusing solely on his worklist during the Silverstone test.

"I'm going to be helping on the development side, with a lot of aero testing, things on set-up to help the team in the forthcoming races.

"It is quite a big responsibility and they've given me quite a lot to study before I get in the car."

Ferrucci has been a friend of Haas F1 boss Gene Haas's NASCAR partner Tony Stewart since he was a 13-year-old karter.

"I hadn't met Gene until earlier this year, but Tony's been really good to me," he said.

"He's been a really big supporter and he's brought me to NASCAR races with Stewart-Haas Racing."