Sebastian Vettel feels Ferrari's Formula 1 car is just not as competitive in the wet as Mercedes', after only qualifying fourth for the Hungarian Grand Prix

Ferrari had been on top in dry practice at the Hungaroring, but ended up on row two of the grid when it rained heavily in qualifying.

Lewis Hamilton and Valtteri Bottas filled the front row for Mercedes, with Kimi Raikkonen third ahead of Vettel - the Ferraris both half a second off the pace.

"Probably we are not as competitive in the wet as we are in the dry, but you know in these conditions anything can happen and obviously, you can see that the gaps were quite big at times," Vettel said.

"I think in the end it came down to the final lap. I pushed quite hard and tried everything.

"Maybe it wasn't the tidiest lap, but it also wasn't awful, so I'm pretty OK with the result.

"Obviously, we would have liked to have been further up, but that's what we have now." 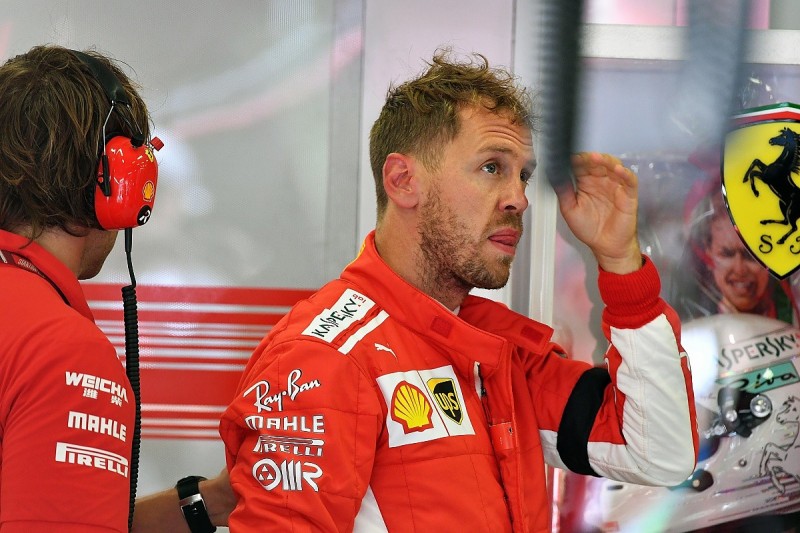 Asked why the high-downforce advantage Ferrari has appeared to have over Mercedes in normal conditions did not translate to a wet session, Vettel replied: "Well, it's not always that straightforward.

"I see where you're coming from, but we've not had much running in the wet this year so far. The little bit we had, we have some work still to do.

"I don't think today was awful, so it's not a disaster to start third and fourth and the gap wasn't huge.

"Certainly we wanted to be ahead and in the dry it could have been a different outcome.

"It wasn't dry, so we need to make sure that also in the wet we are there. There's still work to do."

Mercedes motorsport boss Toto Wolff believes his team was faster on wet tyres than Ferrari, but that there would have been little to choose had Q3 taken place on intermediates.

Though Vettel had led Q2, the picture was skewed in that situation by him being the only driver to start the session on inters - with the track wetter by the time everyone else had swapped from slicks.

"The start is always about getting everything right. We have been a bit more consistent, I think we had starts where it was very similar but probably they had some where they underperformed compared to everybody else," he said.

"We'll see. A good start always helps no matter where you start from.

"It's also quite a long way to Turn 1 so if we have a good one, maybe we can do something there."