Ferrari Formula 1 team boss Maurizio Arrivabene says he will not "take lessons" from Red Bull's Helmut Marko, amid the row over Sebastian Vettel's battle with Daniel Ricciardo in Mexico

Vettel's Ferrari and Ricciardo's Red Bull collided while battling for fourth place in the closing stages of Sunday's Mexican Grand Prix, with Ricciardo suggesting Vettel should be penalised for his defensive driving.

Red Bull motorsport boss Marko has defended Max Verstappen in the face of repeated criticism for moving in the braking zones while defending position, and German media reported that Marko accused Vettel of similar behaviour as he raced Ricciardo at Mexico City.

Vettel was ultimately penalised 10 seconds for his driving in the battle, dropping him from third to fifth in the final results.

Arrivabene was surprised by the decision to penalise his driver, and when asked for his view of the incident by reporters after the race, replied: "I think everybody has to think about their [own] problem. Accusing others is not correct.

"I'm not taking lessons of education from Helmut Marko, and anybody else." 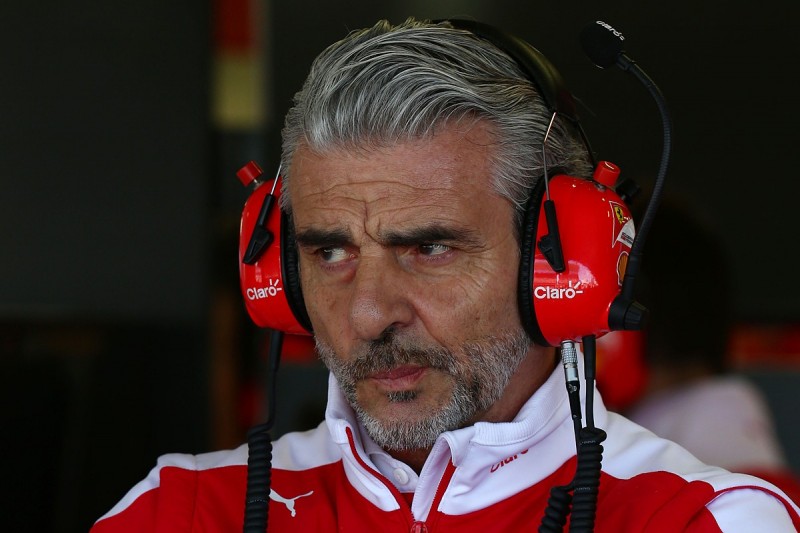 Verstappen was also penalised, for gaining an advantage by running off the circuit while defending third place from Vettel, causing Vettel to rant furiously over team radio and tell F1 race director Charlie Whiting to "fuck off" when Verstappen refused to give up the position.

Verstappen described Vettel's behaviour on track and over team radio as "ridiculous", but Vettel defended his reaction as the consequence of "emotions and adrenaline pumping high".

Arrivabene said Vettel had spoken to Whiting to clear the air after the race.

"We talked together, me and Sebastian, and I don't have to tell in public what I'm doing with the driver," Arrivabene added.

"He excused himself [to Whiting] and I'm sure it's not going to happen again."