The Maranello squad raised some eyebrows for the final shoot-out qualifying element at Interlagos when Leclerc was the only driver to head out on the circuit with intermediate tyres.

Although rain was blowing in, the track was dry enough for slicks and that meant Leclerc’s option proved totally wrong as he ended up being slowest out of the 10 runners.

Leclerc was left deeply disappointed by the move, and vowed to speak to his bosses on Friday night to discuss how it could do things better in the future.

“We were expecting some rain which never came,” said the Monegasque driver.

“I will speak with the team and try to understand what we can do better in those conditions. But I’m extremely disappointed. The pace was there.”

Ferrari has since explained that the decision to go for inters was made because it felt the best way to secure a spot at the front of the grid, with the weather conditions being on a knife-edge, was to split the strategy across both cars.

It believed if the rain had come in as quickly as forecast, then drivers on slicks could have struggled – and that would have left Leclerc on inters in the perfect spot to grab pole position. 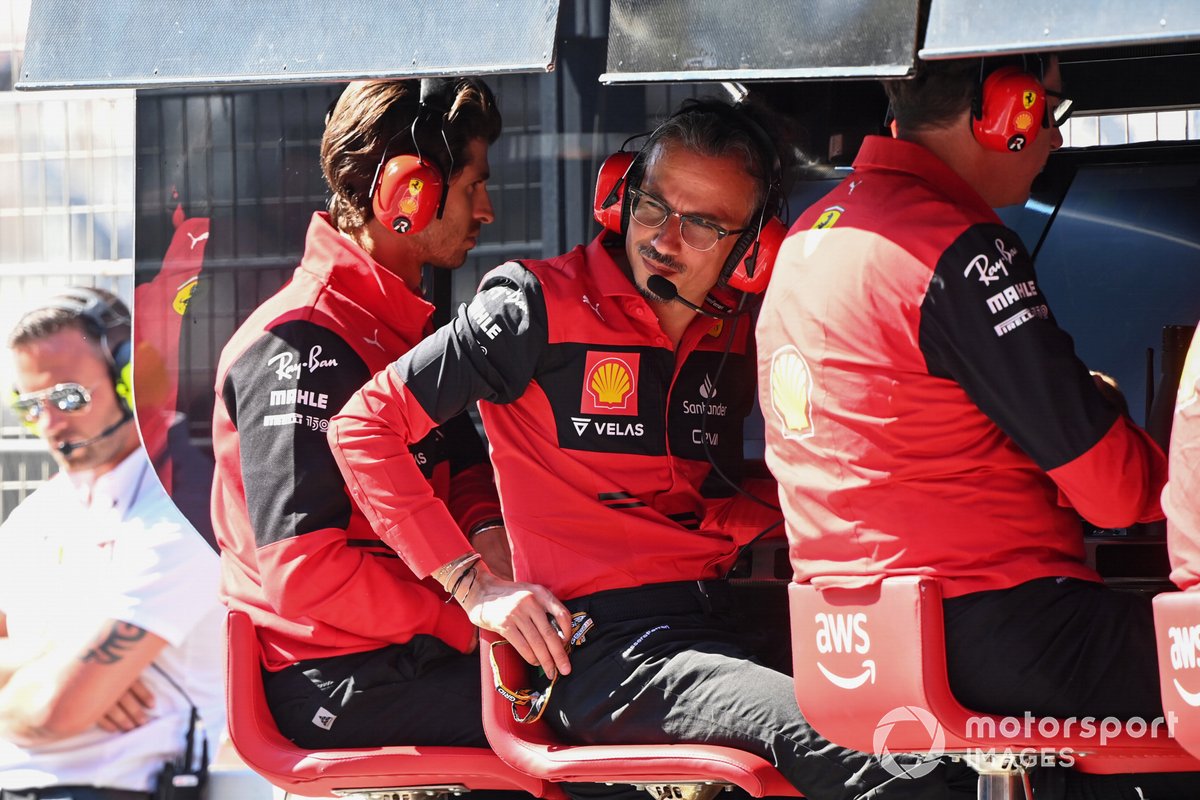 Laurent Mekies: Laurent Mekies: "At that very moment where your cars are going out, depending on the exact timing of the rain, it's going to be one happy man and one unhappy man."

Ferrari race director Laurent Mekies said that, while the ‘golden rule’ of motor racing was always to go for slicks when the track was dry, the team felt it worth taking a gamble for Q3 because of the imminent rain.

“It's a bit frustrating because we got both cars into Q3, and then we were confronted with a tough choice,” he said.

“On one side, you have the track still being dry. And there is a golden rule that says that you should go for that track while it is dry. On the other side, we were expecting heavy rain imminently. Therefore, at the end of the day, we have split our cars [strategy].”

Mekies said Ferrari accepted that one of its drivers would be compromised by the choice, but it felt that the potential rewards were worth it.

“You always know, at that very moment where your cars are going out that, depending on the exact timing of the rain, it's going to be one happy man and one unhappy man. That's exactly what happened.

“The rain came probably a minute or two too late for Charles, and was probably the right timing for Carlos who was second on track. It's the way it is: P5 and P10. It's the start of a long, long weekend.”

Mekies accepted that Ferrari would need to take on board some lessons from what happened at Interlagos, after a season where its strategy decisions have been under the spotlight.

“We have had many, many good qualifyings this year, including in very tricky conditions like today,” he said.

“But in this sort of difficult situation, there is always a lot to learn about the right decisions to make and about the less right.

“Certainly it's something that we have taken on board, with good habits, to analyse in detail with teams with drivers and pull together to always look at after. We will use today to make another step together.“ 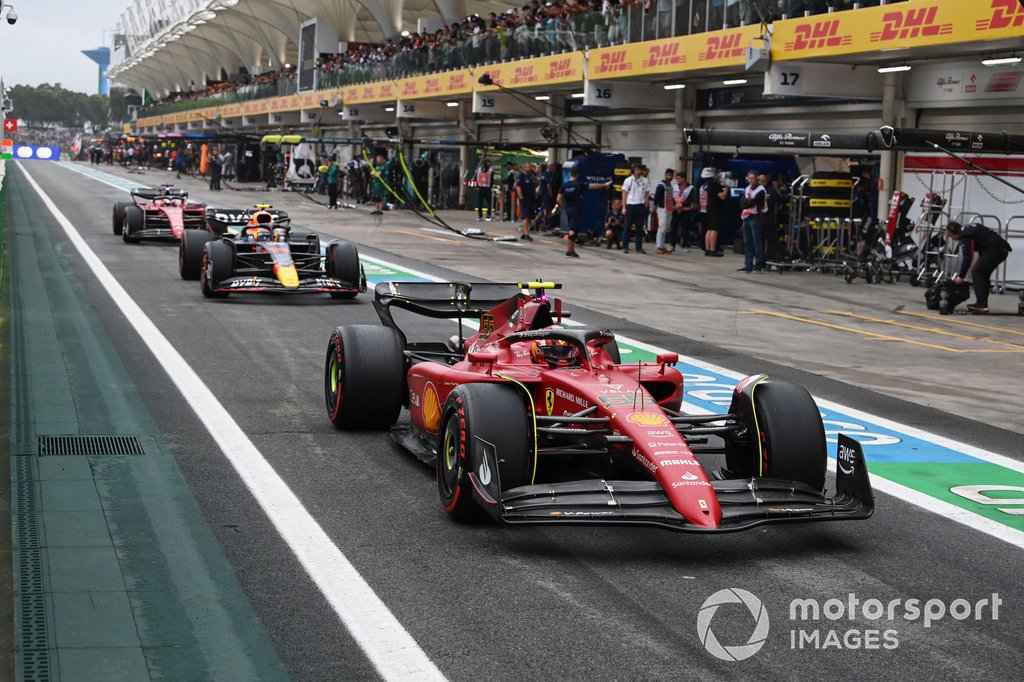 Sainz, who was on the right tyre, reckoned that he lost the chance of getting a slot on the front row because he pushed too hard on his only attempt in Q3 after failing to get at the front of the pit exit line.

“We tried to be starting the queue first,” said the Spaniard, who ended up fifth.

“But we lost quite a bit of time behind Charles and we lost a lot of time to Kevin [Magnussen]. This meant that he had probably a drier track than us at that point.

“I tried to push a lot and probably over pushed. I did a couple of big mistakes, like big moments. that probably cost me P2/P3.”

He added: “Today we survived the very tricky conditions and we need to review a couple of things as a team, but we will try to be better next time.”