Ferrari has admitted it made a mistake and took a risk that was "not worthwhile", after Charles Leclerc was a shock early elimination from Formula 1 qualifying in Monaco

Leclerc will start his home race from 15th on the grid after being knocked out in Q1 when Ferrari failed to send him back out for a second run as rivals improved.

Ferrari team principal Mattia Binotto arranged an unscheduled media briefing to explain a "misjudgement" with the cut-off time to make it through to Q2, and the decision not to react despite Leclerc questioning whether he was safe.

Binotto acknowledged that "we may argue that as Ferrari these are mistakes that should not happen" but countered that Ferrari's position in the championship - 96 points behind Mercedes - means it needs to "take some risks" to catch up.

He explained that Ferrari wanted to avoid sending Leclerc out for a second run to save a set of tyres, because it felt that was its best opportunity to challenge Mercedes and also Red Bull.

"But no doubt that when you look at the implication of not entering Q2, it is even bigger than trying to challenge them on the final part of quali," Binotto said.

Binotto said Ferrari failed to react to this because it was trusting "a wrong evaluation" of the time required to make it through to Q2.

"The cut-off time is calculated real-time based on what we may see on the track, based on real-time sectors from all the drivers," he said.

"When the cut-off time is calculated we normally add a margin on top of it.

"The margin is good enough to afford for any tolerances or uncertainty, which may happen normally during a session.

"Certainly what happened today, the margin we applied was not sufficient, or very little." 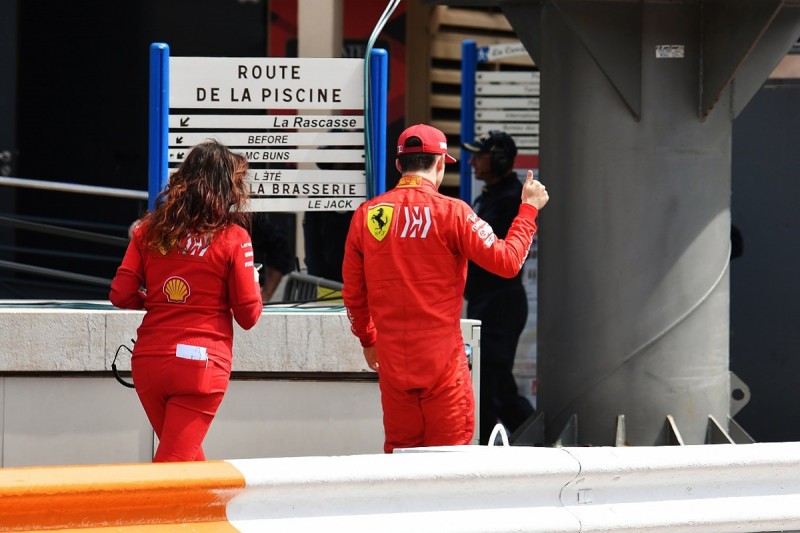 Binotto said the error was "not at all" down to the team focusing too much on Sebastian Vettel, who had already slipped into the drop zone and was set to be knocked out without an improvement.

"We've got two full teams, one per driver," he said. "We didn't compromise at all. The threshold was the same for the two drivers.

"On the one side we had the necessity to go out. Charles asked from his cockpit 'Should I go out, I think it's a bit too marginal, we may be at risk'.

"We replied 'no, we've got the data, and we believe that's good enough'.

Asked by Autosport if he had personally considered overruling the decision or thought it was marginal like his driver, Binotto said: "When you've got tools and simulations you should somehow trust what you're doing.

"We were taking risks, too many risks, [that were] not worthwhile in such a situation.