Ferrari Formula 1 boss Mattia Binotto doubts it was possible for the team to win in Hungary even without the strategy slip-up that dented Charles Leclerc’s hopes.

Leclerc faded from leading halfway through the race to finish sixth at the Hungaroring on Sunday after a switch to the hard compound tyre saw his pace nosedive.

Team-mate Carlos Sainz could only finish fourth after also falling out of contention for victory as Ferrari struggled in the cooler than expected conditions throughout the race.

Although Binotto conceded Ferrari did not get Leclerc’s strategy right and should not have used the hards, he doubted Ferrari could have beaten Max Verstappen and Red Bull to victory.

“I don’t think so,” replied Binotto when asked if it was possible for Ferrari to win in Hungary.

“What we were lacking today was really speed and pace. I don’t think we could have won today, and the reason [for that], I don’t know.

“Because it’s the first time in the first 13 races that we didn’t have the speed to be there for the victory. We need to look at first into that performance-wise to understand.

“I’m pretty sure we’ll then understand that, and we’ll understand as well why the tyres were not working properly.”

The result saw Verstappen extend his lead at the top of the F1 drivers’ championship to 80 points over Leclerc heading into the summer break, while Red Bull sits 97 clear of Ferrari in the constructors’ standings. 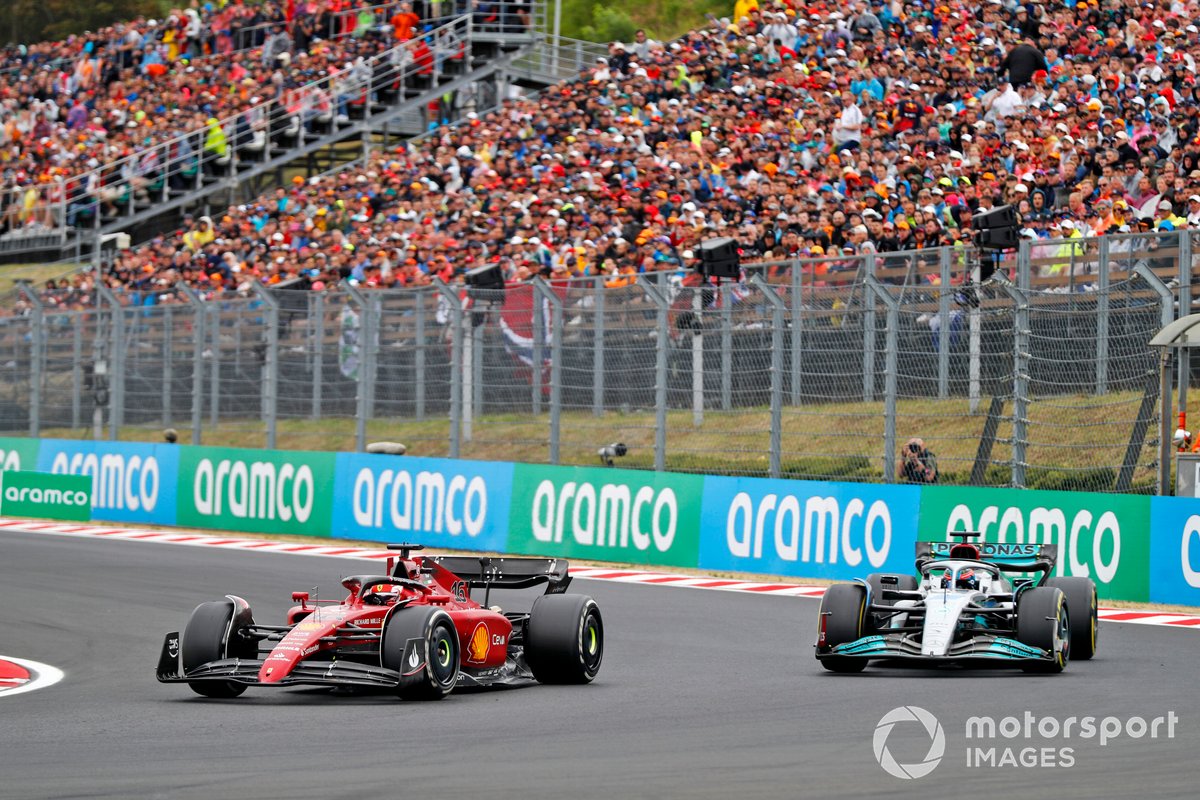 Ferrari’s pace over the short and long runs in Friday practice indicated it was the team to beat, making the lack of performance in the race a surprise.

“If I guide myself by the pace of Friday, it should have been an easy 1-2,” said Sainz.

“Today it was a fight every lap. [There was] no balance in the car.

“I couldn’t push because I opened the front tyre. I was just struggling quite a lot with the car, and I’m not surprised that I finished P4 because the feeling in the car was quite poor.”

Sainz felt that performance was the primary issue for Ferrari’s struggles in Hungary, not its strategy, comparing his race to that of Mercedes’ Lewis Hamilton, who started seventh before finishing second.

“You compare my pace on softs with Lewis, it’s clear that we went from being much quicker on Friday to slower today,” said Sainz.

“In the end, we were stopping early because we were running out of fronts, and in the end, yes maybe the pace wasn’t bad, but for 15 laps then we were degrading. Today we have to analyse why these temperatures affected us.

“On Friday, I was pushing flat out and [there was] no degradation, and today I couldn’t push and I was degrading like crazy at the front.

"For me, it was more the pace. I don’t know on the other car. Today for me, it was the temperatures, a huge performance swing that I didn’t expect.”