The Ferrari president revealed on the team's website that he met with Senna four days before the 1994 San Marino Grand Prix.

He insists Senna was keen to switch to Ferrari and that ways of allowing him to move from Williams were going to be evaluated.

"He wanted to come to Ferrari and I wanted him in the team," said di Montezemolo.

"When he was in Italy for the San Marino Grand Prix, we met at my home in Bologna on Wednesday 27 April.

"He told me he really appreciated the stand we had taken against the excessive use of electronic aids for driving, which didn't allow a driver's skill to shine through.

"We spoke for a long time and he made it clear to me that he wanted to end his career at Ferrari, having come close to joining us a few years earlier.

"We agreed to meet again so as to look at how we could overcome his contractual obligations at the time.

"We were both in agreement that Ferrari would be the ideal place for him to further his career, which to date had been brilliant, even unique."

"I always appreciated Ayrton's style of racing," he said.

"As with all great champions, he had an incredible will to win and never tired of seeking perfection, trying to improve all the time.

"He was extraordinary in qualifying, but also a great battler in the races, when he always fought tooth and nail." 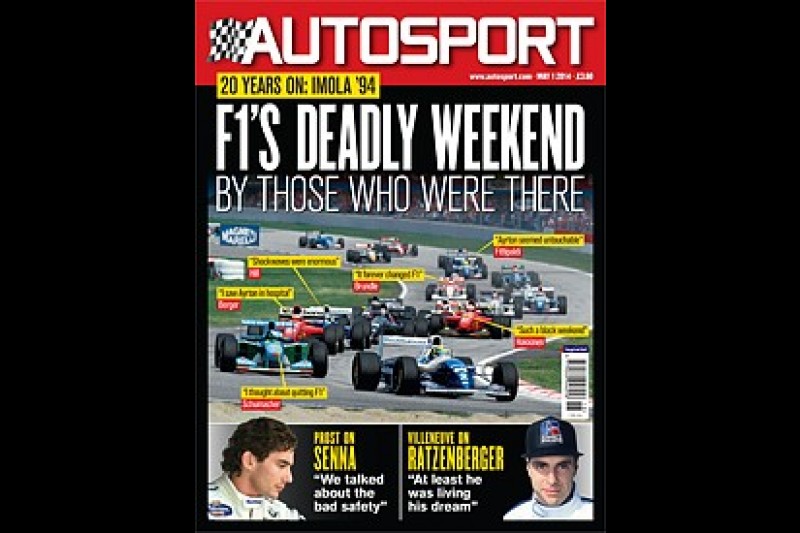 This week's AUTOSPORT magazine - available online and in shops from Thursday May 1 - is an Imola 1994 special, commemorating 20 years since the deaths of Ayrton Senna and Roland Ratzenberger:

The Imola grid looks back
The drivers from the 1994 San Marino Grand Prix recall their experiences from one of motorsport's darkest weekends.

Senna's legacy in Brazil
Brazilian correspondent Lito Cavalcanti investigates how Senna changed Brazil, and how he is still remembered.

Prost on Senna
Senna's great rival talks about how their rift healed in the final months of Ayrton's life.

Ratzenberger remembered
Adam Cooper looks back at the Austrian's pursuit of his F1 dream, which ended so tragically at Imola.

Brabham on Simtek
David Brabham reveals he feels lucky to have got out of the 1994 San Marino GP alive.

Analysis: how Imola 1994 changed F1
Edd Straw assesses the way Formula 1 reacted to the deaths of Senna and Ratzenberger.