Vettel was briefly promoted to third in the Mexico City race following a penalty for Max Verstappen, but he lost his podium finish when he was judged to have moved in the braking area while defending from Daniel Ricciardo into Turn 4 on lap 70.

Vettel was penalised 10 seconds for the move, under fresh directives issued ahead of October's US GP by the FIA concerning overly aggressive defensive driving, but Ferrari has appealed for a review of the penalty under the FIA's international sporting code.

In a statement Ferrari said: "This has been the first application of Article 27.5 as interpreted on the basis of the race director's notes on "defensive manoeuvres", effective from the 2016 US Grand Prix.

"Scuderia Ferrari considers that a number of new elements have come to light after the decision was rendered that make the decision reviewable under Article 14.1 of the international sporting code.

"Scuderia Ferrari is aware that championship rankings will not change, regardless of the outcome.

"But in light of its importance as a precedent for the future, and in order to provide clarity in the application of the rules in future events, Scuderia Ferrari believes that the decision should be reconsidered by the stewards."

F1 race director Charlie Whiting attended the FIA's driver press conference ahead of the Brazilian GP to explain the detailed reasoning behind the decision to penalise Vettel, although the four-time world champion stated he still disagreed with the reasons. 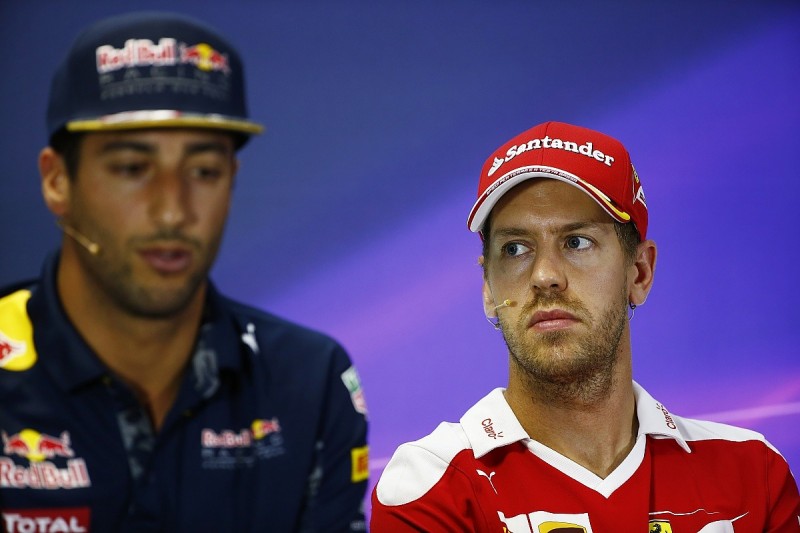