Sainz had been running third in the early stages of the 72-lap race ahead of the charging Mercedes of Lewis Hamilton, before the Ferrari driver's race unravelled in the pits.

In order to combat Hamilton's strong pace on the medium tyres, Ferrari elected to react by calling Sainz to pit to try and maintain track position.

However, the call was made while Sainz was in the final corner which resulted in a calamitous pitstop, as Ferrari's pit crew had failed to prepare a left rear tyre in time.

The lengthy stop resulted in Sainz tumbling down the order into the lower reaches of the top 10 when he eventually rejoined the race.

Asked to explain Sainz's pitstop, which Binotto labelled as a "mess" at the time, the Ferrari boss said: "On the first one [stop] what we did was we knew that Lewis [Hamilton] was preparing himself for a pit stop that could have undercut of ourselves.

"We tried to react simply to stay ahead of him which was the best way to keep track position, because we knew Lewis was very fast in the first stint of the race.

"When we saw the pit crew of Mercedes in pitlane we called our driver to pit but that was when he was in the last corner and it was too late for the mechanics to be ready. It was too late as a call based on our judgement." 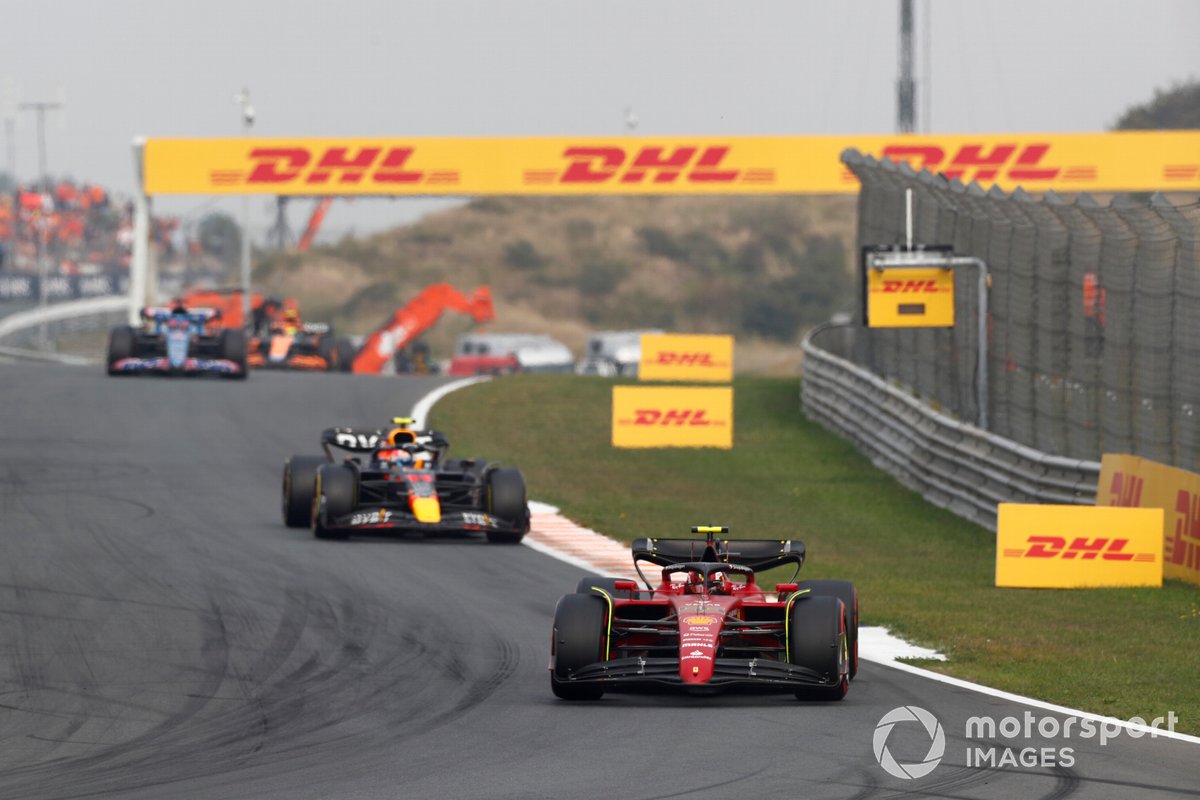 Sainz would eventually reach the chequered flag in fifth before being demoted to eighth after being hit with a five-second penalty late in the race for an unsafe release during his second pitstop.

Binotto believes the decision to issue a penalty was "very harsh" as his driver only held up the oncoming Alpine of Fernando Alonso because of the positioning of McLaren's mechanics that were attending to Lando Norris in the pit box ahead.

"On the second one with the unsafe release and the penalties which cost quite a lot to Carlos, I feel the decision of the FIA and the stewards is very harsh," he added.

"The reason is when he came in, McLaren was passing through and we handled Carlos in the pit, in the pit position, because we knew it would have been unsafe to release him at the time.

"We waited and waited until we had the right space with the Alpine coming and that is why we released him.

"After that he had to slow down and almost had to stop because the pit crew of McLaren was going around the [Norris] car, and in order to be safe with the mechanics he almost stopped with anti-stall cutting in.

"The release itself was not unsafe, it was safe. The way that Carlos acted was safe, so that is why I think the overall decision was harsh."