The Italian outfit returned to its Maranello base on Monday morning to undertake a detailed investigation in to what happened to Leclerc before the start.

The team had given Leclerc’s car and gearbox the all-clear in the hours before the race, but a left-rear driveshaft hub failed during a pre-race reconnaissance lap.

With no time to repair the part before the start of the race, Leclerc had to withdraw from the event and not take up his pole position.

Autosport understands that the investigation in to the Leclerc problem has concluded that the failure was a consequence of the crash that the Monegasque suffered when he hit the barriers in Q3.

And although the team conducted its regular check of the car before the race to replace damaged parts, the left driveshaft hub was not inspected in detail as part of this process.

The team’s regular checklist of critical components that it examines and replaces includes a large number of components, but it is understood that certain parts on the side of a car that has not sustained an impact are not included. So the right side of Leclerc's car would have had a more detailed inspection than the left.

This is because the team has had almost no experience of failures in this part of the car before, plus the impact with the barriers was on the right-hand side. 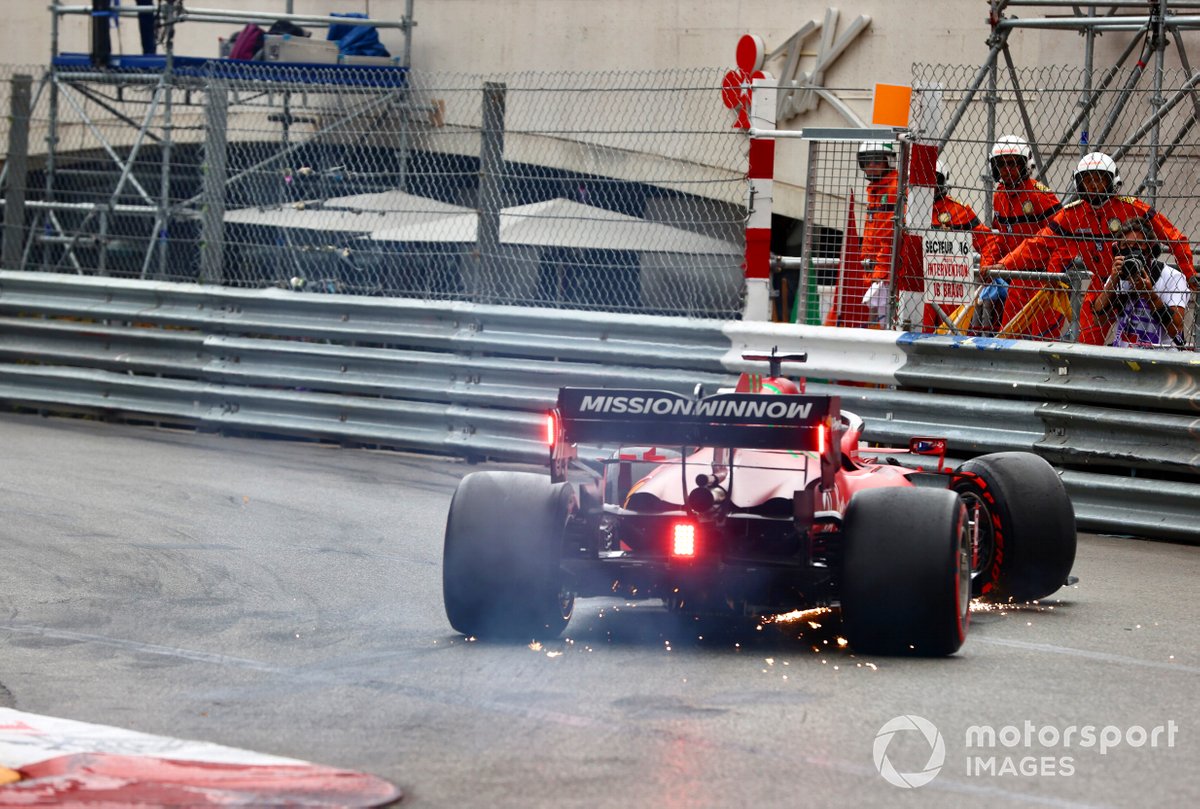 However, even if the hub had been on the checklist for a visible inspection, it is not clear if it would even have been picked up by the team before the race.

The team’s data suggests the driveshaft hub was working correctly through the opening part of Leclerc’s first lap out of the pits before it failed at Turn 6.

However, in light of the events surrounding the failed driveshaft components, Ferrari will now revise and improve its processes to ensure that, if there are repeat circumstances in the future, that it will better detect similar problems.

Ferrari had been clear on Sunday that the driveshaft failure was not related to its decision to stick with the same gearbox on Leclerc’s car for the race.

Team principal Mattia Binotto said: “The failure would still have happened, so it's not a matter of gambling with the gearbox at all."