Ferrari team principal Mattia Binotto is hopeful Formula 1 can finalise the details for its sprint race plan in 2021, calling the proposal "promising"

F1 is planning to stage sprint races on the Saturday of three grands prix in 2021, identifying Canada, Italy and Brazil as the trial events.

The proposal would see a 100km sprint race take the place of qualifying to set the grid for the Sunday event, and enjoyed "broad support" from teams at the last F1 Commission meeting.

A working group has been formed to flesh out the plans and outline the finer details, with question marks lingering over the status of sprint races, chiefly relating to driver contracts.

Ferrari F1 chief Binotto said the team had been "very engaged" in talks over the plan, and was hopeful that it would deliver greater unpredictability in races in the future.

"We believe that changing for more spectacular and eventually for unpredictable races will be great," Binotto said.

"We are proactive in the discussions. We are supporting a change if that change will somehow achieve the goal and the objective I just mentioned.

"Discussions are ongoing. Discussions at the moment at least seem to be promising for a good output.

"But I still think we need to look at all the details. Details will make the difference in that respect.

"So I think teamwork really has to continue, and hopefully we will find a good solution." 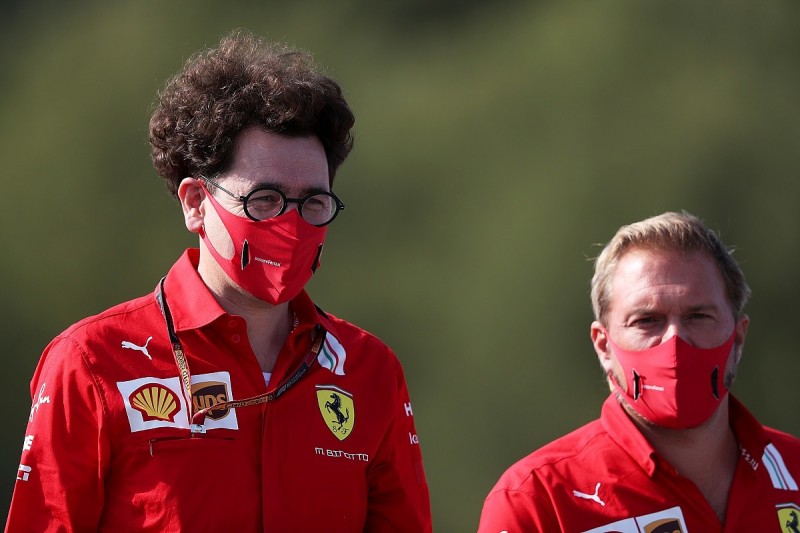 The driver reaction to the sprint race proposal has so far been lukewarm. Red Bull driver Sergio Perez called the plan "risky", while McLaren's Daniel Ricciardo raised concerns about the grand prix wins being devalued.

Although Ferrari's Carlos Sainz Jr agreed with Ricciardo's point, he felt that 2021 was the perfect year in which to attempt a format change.

"I think until we try it, we will never know," Sainz said.

"It's super important that the main race, the grand prix, doesn't lose value.

"It is a bit dangerous that sometimes there can be two winners out of a grand prix weekend, and we need to make sure that there's only one winner out of the races that we're going to do a double race.

"But if there's a year that we should try it, I think it's 2021. With the future ahead, I think it's a good opportunity to try this kind of things and see how it goes."

Sainz's team-mate, Charles Leclerc, was also intrigued by what the change would do for F1 and how a shorter race would change drivers' approaches.

"I think it should at least be tried," Leclerc said.

"We need to understand how all of this will work with the points etc.

"But it might be interesting to try it at least, to have shorter races where we can attack more. I will be at least happy to try it."