Fernando Alonso has joined Aston Martin on a multi-year starting from the 2023 Formula 1 season.

The two-time F1 world champion will leave Alpine at the end of the season to join Aston Martin, acting as the latest bombshell in the F1 driver market.

Alonso will replace the retiring Sebastian Vettel, and opens up a seat with Alpine that looks set to be taken by Oscar Piastri.

Alonso said on Sunday after the Hungarian Grand Prix that he was confident his future would be sewn up by the time F1 returned from its summer break at the end of August.

But a rapid conclusion to talks with Aston Martin now means he will jump ship and link up with the British team owned by Lawrence Stroll for 2023 and beyond.

“This Aston Martin team is clearly applying the energy and commitment to win, and it is therefore one of the most exciting teams in Formula 1 today,” said Alonso in a statement.

“I have known Lawrence and Lance for many years and it is very obvious that they have the ambition and passion to succeed in Formula 1. I have watched as the team has systematically attracted great people with winning pedigrees, and I have become aware of the huge commitment to new facilities and resources at Silverstone.

“No-one in Formula 1 today is demonstrating a greater vision and absolute commitment to winning, and that makes it a really exciting opportunity for me. I still have the hunger and ambition to fight to be at the front, and I want to be part of an organisation that is committed to learn, develop and succeed.” 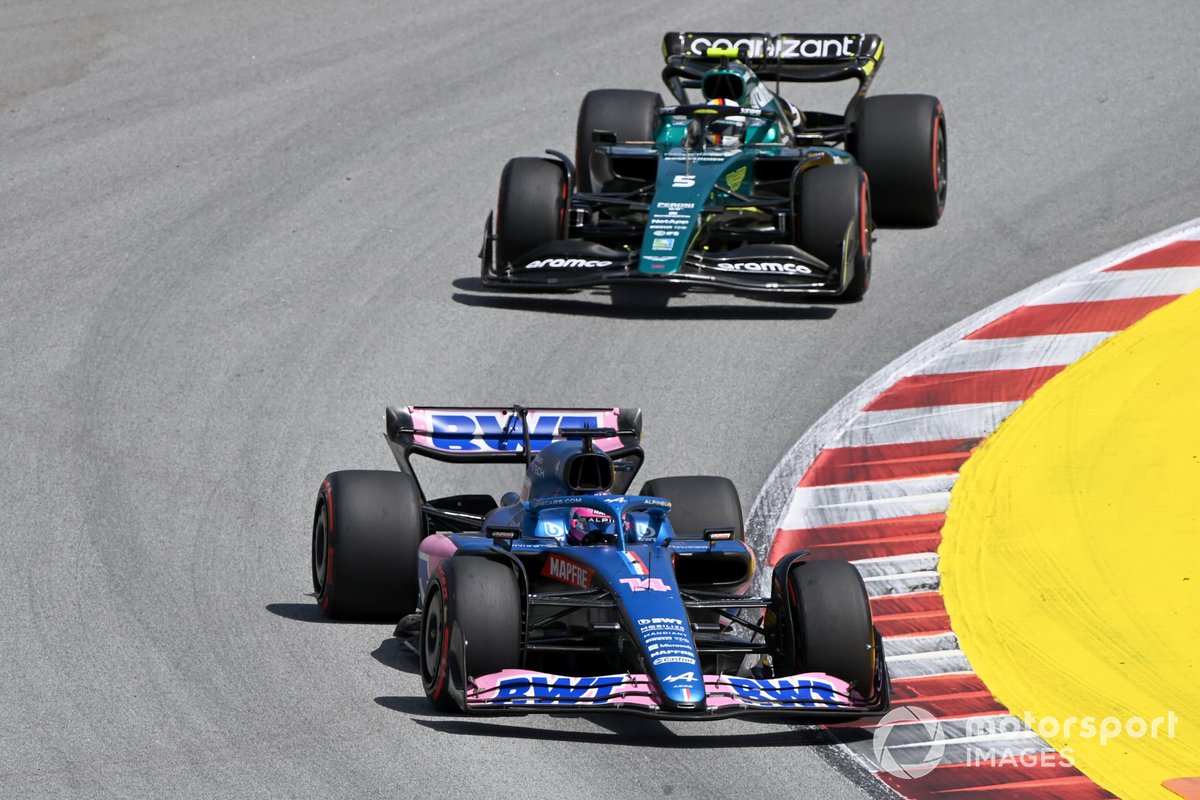 The news also comes less than 24 hours after Alpine F1 boss Otmar Szafnauer expressed confidence that Alonso would stay with the team for 2023 and beyond, predicting talks would be “very straightforward.”

Alpine has been trying for some time to find a seat for reserve driver Piastri, and looked set to loan him out to Williams for next year.

But Alonso’s exit now means Piastri looks poised to step up and join Esteban Ocon at the team from 2023.

Alonso will link back up with Martin Whitmarsh at Aston Martin, who he worked with at McLaren back in 2007. At 41, it looks set to be one of Alonso’s final F1 moves, but the multi-year deal acts as a sign of his commitment to keep racing.

Stroll acquired the Aston Martin team back in 2019 when it was known as Racing Point before rebranding it under the name of the British manufacturer for 2021.

A significant investment drive is underway in the facilities at Silverstone, setting out a five-year plan to be fighting for world championships.

The team currently sits ninth in the championship, but Alonso felt confident it was the right place to be if he wants to win again in F1.

“The passion and desire to perform that I have witnessed convince me to maintain my enjoyment and commitment to the sport,” said Alonso.

“I intend to win again in this sport and therefore I have to take the opportunities that feel right to me.”

Stroll said he had “known and admired Fernando for many years” and it felt “natural” to make Alonso an offer following news of Vettel’s exit.

“We very quickly established in our recent conversations that we have the same ambitions and values, and it was logical and easy to confirm our desire to work together,” he said.