Alonso announced earlier this year he will not race in F1 next year, and McLaren revealed on Wednesday it will mark his final grand prix weekend with a special car colour scheme.

The two-time world champion followed that up on Thursday in Abu Dhabi by revealing a crash helmet design that is split down the middle.

Alonso's original 2001 design, used for his debut campaign with Minardi, featured the Spanish flag on the side with a blue checkered pattern running around the base. 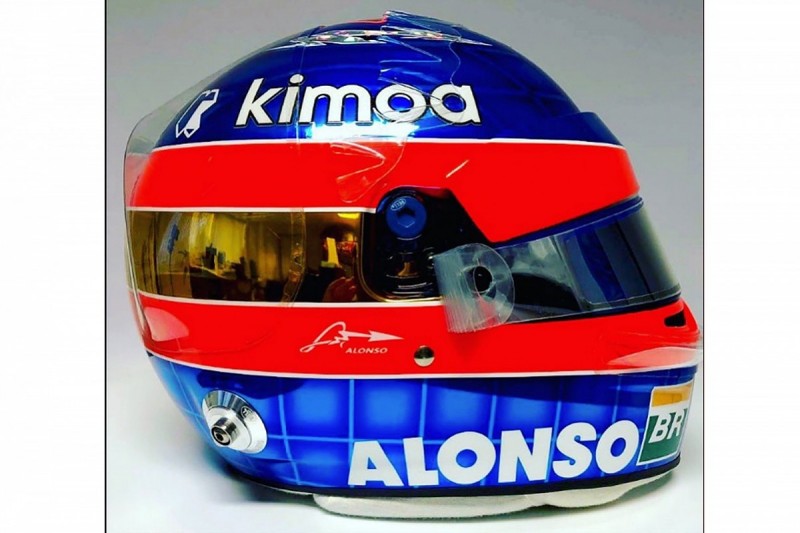 That will appear on the right-hand side of his Abu Dhabi helmet (above) but with gold in place of yellow between two red horizontal stripes.

The yellow block at the back of Alonso's regular 2018 design has also been replaced by gold.

His current colours make up the left-hand side, with the two designs split down the middle by a thick vertical strip and a list commemorating Alonso's 32 grand prix wins.