This year, for the first time, Autosport Plus members can cast their own driver ratings alongside our scores, and we are monitoring the average ratings across the season to create a pecking order for the whole grid that is decided by fans.

Despite retiring from the race in Monaco, which he labelled "probably the most boring ever", Alonso hangs on to the top spot with an average score of 8.2.

But his advantage over his closest challenger has reduced, with just 0.1 separating him from Sebastian Vettel, who moves ahead of Kevin Magnussen for second following a disappointing weekend for the Haas team in Monaco.

Who delivered and who flopped? Submit your Monaco Grand Prix driver ratings today

Daniel Ricciardo's dominant weekend - where he topped every session - earned him a 9.9/10 rating from our readers, matching the best individual score for the season, which Pierre Gasly also achieved in Bahrain. 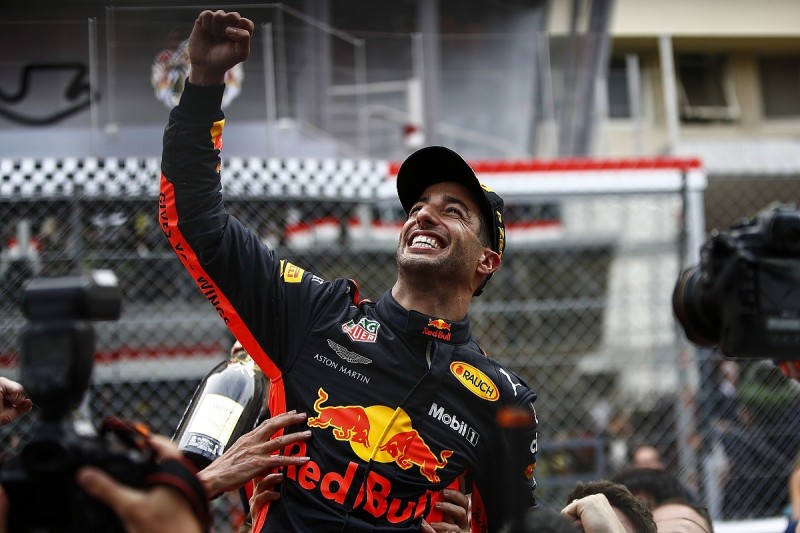 That vaults the Red Bull driver up from seventh to third, with Magnussen dropping to fourth. Lewis Hamilton remains fifth in the average scores for 2018 so far, while Kimi Raikkonen has dropped from fourth to sixth.

Other climbers in the top 10 are Charles Leclerc, who moves up another place to seventh following his home grand prix, while Gasly's points finish for Toro Rosso moves him up two spots to 10th.

At the bottom of the order, Max Verstappen's costly crash in practice that forced him to start the race from the back of the grid earned him his fourth score below 5/10 for the season.

That, coupled with Sergey Sirotkin's impressive weekend for Williams, drops the Red Bull driver to second-from-bottom, with only Romain Grosjean still below him.

Sirotkin's team-mate Lance Stroll picked up the lowest score from the Monaco weekend with just 2.9/10.

Why Alonso and Hamilton were wrong about Monaco