Fernando Alonso says that while 2017 has so far been very challenging for his McLaren team in Formula 1, on a personal level it has been "fantastic"

The double world champion and McLaren have struggled all year, with the team scoring just 11 points to leave it ninth in the constructors' championship.

But Alonso feels he is driving at his most competitive for several seasons and is thoroughly enjoying driving the faster 2017 F1 generation of cars.

He also starred on his debut in the Indianapolis 500 with a strong showing in qualifying and the race before an engine problem forced his retirement in the closing stages.

"As a team we can't be happy with the season so far," said Alonso.

"We were making it into Q3 normally last year, ninth/10th was our average position whereas this year we struggled a bit more.

"On the personal side, it has been a very very good season for me.

"With the 2017 cars, I'm able to drive back again to my driving style, I feel much more competitive than the previous years, I'm feeling competitive out there on the track.

"I had the Indy 500 which was a nice experience, [my] go-kart circuit is going great, fantastic.

"So it's been a fantastic first half of the season." 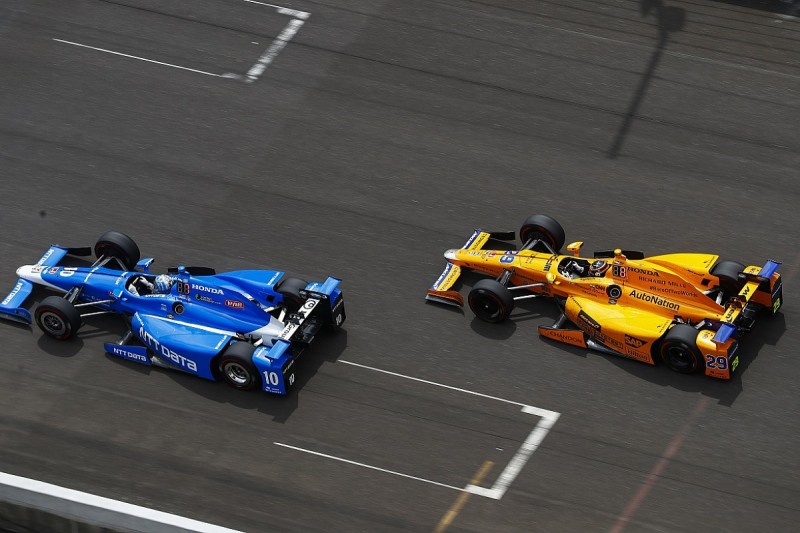 McLaren has been hampered by Honda's unreliability and poor performance this season, though the Japanese manufacturer has shown improvement in recent races.

"We can't be happy with where we are with the situation of the reliability and performance," said McLaren racing director Eric Boullier.

"So if we have to say after half a season where we are, we are working hard to recover at least our performance and competitiveness we had last year.

"With ambition, we need to do a better job this year. This is not where we are and where we want to be."

Stoffel Vandoorne scored his first point of the season in Hungary with 10th, having made steady progress since Azerbaijan in June.

"The improvements we have shown have been very encouraging," he said.

"I'm feeling more and more comfortable with the car every race and the chassis definitely is making good steps forward.

"The last couple of races, the performance has been very good.

"Details are very important, making some small adjustments to the set-up have helped me feel comfortable."