Fernando Alonso: McLaren easily fastest at Spa if it had more power

Alonso looked set for a place in Q3 before he suffered a deployment issue with the power unit in his final run, meaning he lost over half a second and was therefore knocked out in Q2.

He was heard screaming "no power" on the radio, and will start the race from 11th position.

According to the two-time world champion's calculations, he could have been quickest had McLaren not been hindered by the Honda engine's lack of power around Spa.

"We would have liked to be there but in general it was a very positive day," said Alonso.

"In Q2 until the final attempt we were 1.5 seconds off on a track where we know how much we are losing with the engine, so we would easily be in first and second positions.

"The battery didn't work and I lost six tenths from Turn 11 to 12. I was two tenths quicker than on the previous lap so I would have improved one or two more in the final sector, so we would have been in Q3 without any problems.

"In the end, starting 11th with new tyres maybe gives us an extra opportunity so we'll try to take advantage tomorrow."

Alonso had benefited from a tow from team-mate Stoffel Vandoorne, who spent the session assisting the sister car given he will start from the back of the grid due to 65 places of grid penalties for component changes. 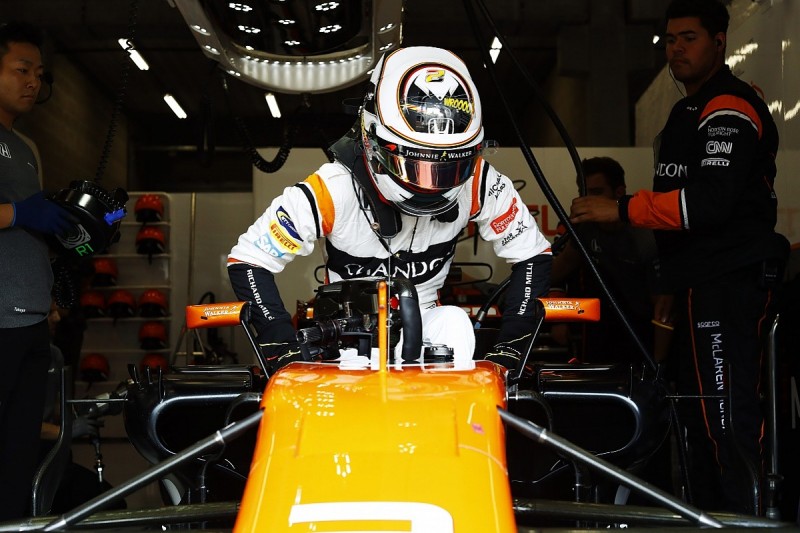 Alonso said he will return the favour in Italy next weekend.

"We had it planned. Next week it will be the other way around because it's my turn," he said.

"We were trying to take advantage of the penalties. We have to find a positive and try to do the best for the team."

"It's been a reasonably positive day," he said.

"I've been preparing for the race all weekend because I know I'm starting from the back.

"So today was all about helping Fernando to get both cars into Q2, and help Fernando with the slipstream, so that's what we did. Unfortunately we just missed out on Q3 with him."