The end of Honda's unsuccessful partnership with McLaren was finally announced ahead of the Singapore Grand Prix, with the team switching to customer Renaults in a three-year deal.

Asked how it would feel if he was able to return to frontrunner status with McLaren-Renault, Alonso replied: "Normality! But I think it is just looking too much ahead, because I don't know even what I will do next year.

"But the aim is, as I always said, to be on the podium and fight for victories, to be thinking 'what we will do at the start?', looking at the videos for maybe attacking and maybe leading the race in the first stint.

"Those are all the things I did for 13 years of my career. So as I said, back to normality."

Alonso has not yet confirmed that he will be remaining with McLaren, but it is understood that a new contract is just a formality. 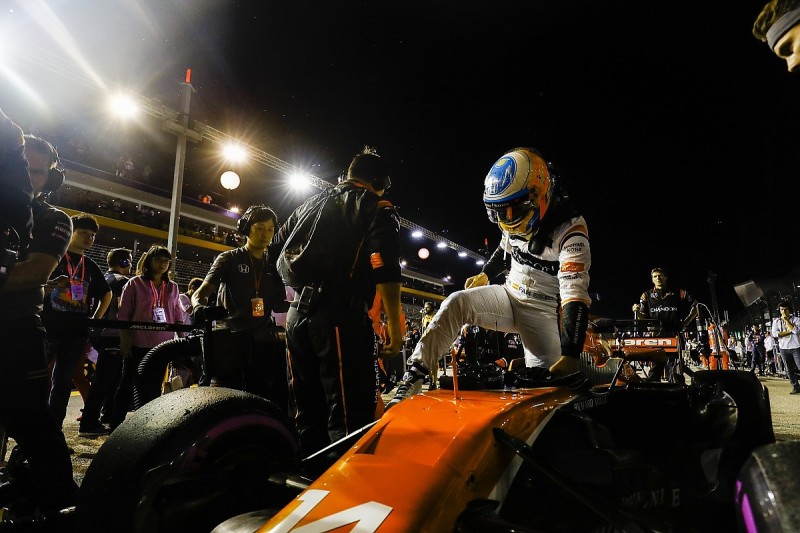 When asked why he was still waiting to sort out the deal, Alonso suggested that "there were already too many announcements" in Singapore and he had preferred to focus entirely on a race that represented "one of the few chances remaining to score good points".

He hinted that a visit to the factory in Woking this week would be the perfect time to get things finalised.

"I will be in the simulator and that will be a better time to discuss about the future and other things that are happening," said Alonso.

"We need to put everything together."

Alonso retired from the Singapore GP due to damage sustained when collected by Max Verstappen and Kimi Raikkonen in the startline accident.

He was on target to emerge from the first corners second between Lewis Hamilton and Daniel Ricciardo prior to the impact.