Alonso clipped the back of Gutierrez's Haas in the Turn 3 braking zone near one-third-distance in the 2016 F1 season-opener.

The McLaren veered left into the wall at high speed then rolled repeatedly when it hit the gravel trap sideways, eventually coming to a halt upside down against the wall at the end of the run-off area.

"You are not exactly aware where you are," said Alonso.

"When I stopped I saw a little space to get out of the car and I went out quickly just to make sure that people at home were not too worried about me.

"Then I didn't know where I was because I was so far from the track.

"I said 'I've travelled a lot when I was flying!'.

"Everything [felt like it] happened slower than [it looked on] the outside. 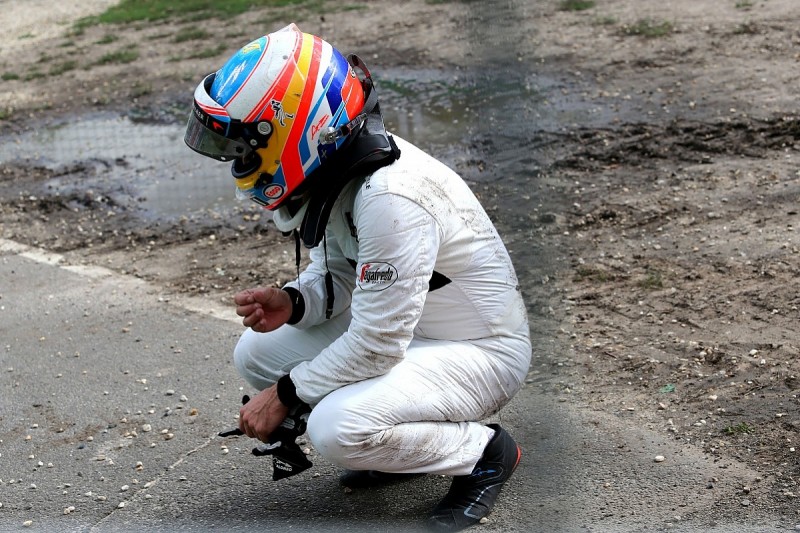 Alonso was given the all-clear by F1 medics soon afterwards.

"It's all fine apparently," he confirmed.

"There is some pain in the knees because you are bouncing a lot in the cockpit.

"But apart from that everything should be OK. I'll tell you tomorrow morning when I wake up."

He said his thoughts had swiftly moved on after the crash.

"You are thankful that you are alive and nothing happened, no injuries, nothing serious," Alonso said.

"But the second thought immediately is the frustration of not finishing the race.

"We probably lost our power unit completely because the car is completely destroyed, so that's sad but it's the way it is."