Fernando Alonso has played down his involvement in the management changes at the McLaren Formula 1 team, insisting he was not consulted on what it would do after Eric Boullier's resignation

The new role for his 2017 Indianapolis 500 advisor Gil de Ferran and a promotion for Andrea Stella - who moved from Ferrari at the same time as the Spaniard - led to suggestions the Spaniard played a significant role behind the scenes.

However, Alonso says he played no part in the changes, and learned about them the same way as his team-mate Stoffel Vandoorne.

"I wasn't consulted," he said. "I was informed about all the changes, and all the new possibilities, as Stoffel has been informed.

"Obviously I had more experience with Andrea than Zak, who only knows Andrea for one year alone, and he wanted my opinion, and how I see also Gil.

"He knows Gil for 20 years and I know Gil for one year, so he knows much more than me in terms of what possibilities and what scenarios maybe Gil can come into play.

"I fully trust whatever decision. The most important thing is to improve the car and be more competitive. Hopefully from this weekend we see a step forward.

"If Zak thinks that there are other people now doing different jobs in the team, it's because he thinks it's the best thing to do, and I trust 100% Zak.

"I trusted 100% Eric, I trust always the bosses because they are the ones that have all the information. We just drive cars."

Alonso also denied he would suggest names of potential new recruits, but did acknowledge that his level of experience meant that he could provide valuable input. 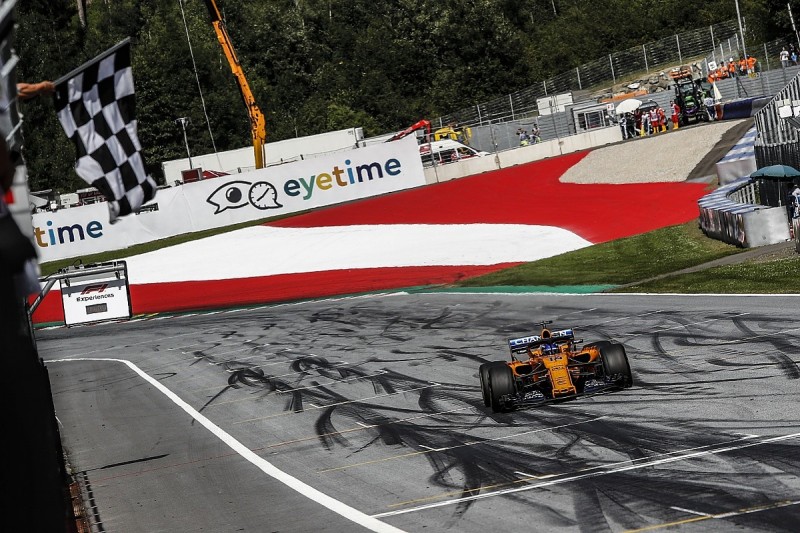 "Some of the feedback or some of the input you may have with 18 years experience is different than other people who are quite young or new to the sport," he said.

"In that aspect, it's always been like that in every team I was in.

"I've always been in long-term relationships [with teams] apart from McLaren 2007, which was only for one year.

"But five years later they wanted me back and signed me for some more years.

"With Zak I have a very close relationship, even if it's a short time since we met.

"He's a racer, he understands racing commitment and spirit and he's going to be a good leader for the future in McLaren.

"I trust him, even if he is not designing the car. Flavio [Briatore, Alonso's ex-Renault team boss] did not design the car, but he was a leader, and I think Zak is a leader [like] that. It's going to be a good time."

With Alonso's future still uncertain, Brown scotched suggestions McLaren had dropped its interest in IndyCar as a result of recent changes, saying "no decision has been taken".