Fernando Alonso believes the Australian Grand Prix will be the low point of McLaren's 2018 Formula 1 season, as he expects rapid progress over the campaign

After a troubled pre-season testing campaign ahead of its first year with Renault power, McLaren is in a cautious mood heading into this weekend's F1 season-opener in Melbourne.

But even if McLaren begins in the midfield, Alonso is adamant that there will be a swift climb up the order over the course of 2018.

"This will be our lowest level," he said. "I think during the season we will improve a lot.

"We should be the team that will progress more compared to the other teams, just because the integration to a new power unit will require time, because the chassis has been designed for many updates during the season that will come very soon in the first couple of races.

"What we see here is going to be important, yes, but I think we'll be better and better.

"I expect a very strong McLaren in the second part of the season." 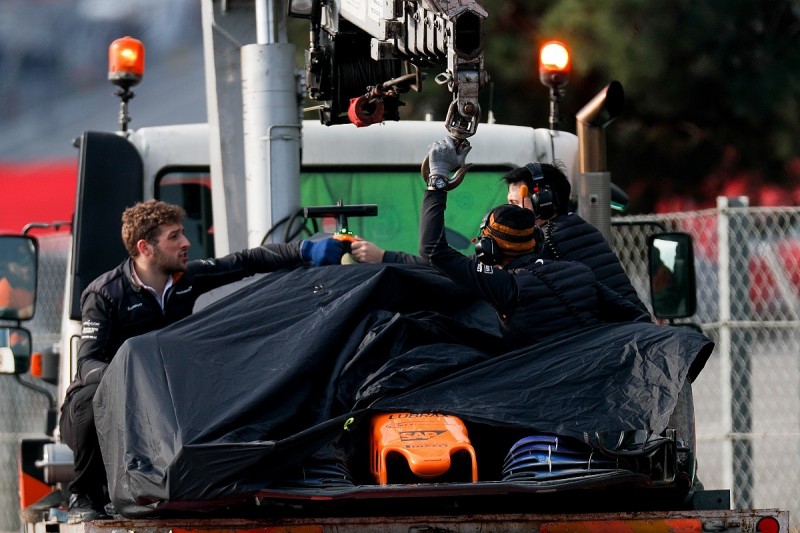 Despite those difficulties, Alonso says his optimism for the year ahead has not been dimmed - especially as McLaren is convinced it has addressed all the problems it encountered.

"It didn't change anything in Barcelona," he said.

"We had some ups and downs in testing and some reliability issues but those issues are now fixed.

"They were not a difficult solution, but you need time in the factory.

"The cars are new in February and then the test is wrong, because with two consecutive weeks of testing, if you have something to redesign you need to wait for after the test, so it's what we did.

"The feelings I had before Barcelona and the feelings I have now are the same. It should be a good season for us, getting back to the positions that we will enjoy a little bit more.

"Hopefully 100% in Q3, regularly in the points, fighting in the top five, hopefully close to the podium in some races.

"We saw last year Williams took a podium in Baku, the Force Indias were very close to a couple of podium positions in the year, so we know the opportunities will come and in those opportunities we will hopefully deliver."