© 2021 Motorsport Network. All rights reserved.
TV Tickets fashion Giorgio Piola jobs
Previous / Ferrari has not had a dominant car at any point in F1 2018 - Vettel Next / Mercedes F1 boss: Hamilton the best he has ever been in 2018
Formula 1 News

Fernando Alonso and Jimmie Johnson to do F1/NASCAR swap

The car swap will take place at Bahrain's Sakhir circuit on November 26, the day after the F1 season finale in Abu Dhabi.

Autosport has learned the plan is much more extensive than a typical car swap which has taken place before, including most recently in 2011 between F1 champion Lewis Hamilton and three-time NASCAR Cup champion Tony Stewart at Watkins Glen.

Following the NASCAR season finale at Homestead, Johnson will depart for London to spend time at McLaren's factory, where he will spend several hours using the team's F1 simulator.

Johnson, a seven-time Cup champion will then join his Hendrick team members in Abu Dhabi for the F1 season finale.

His NASCAR crew will be matched with their counterparts on Alonso's team for a couple days before departing for Bahrain, where they will set up one of Johnson's #48 Chevrolets, which is already being transported via sea freight. 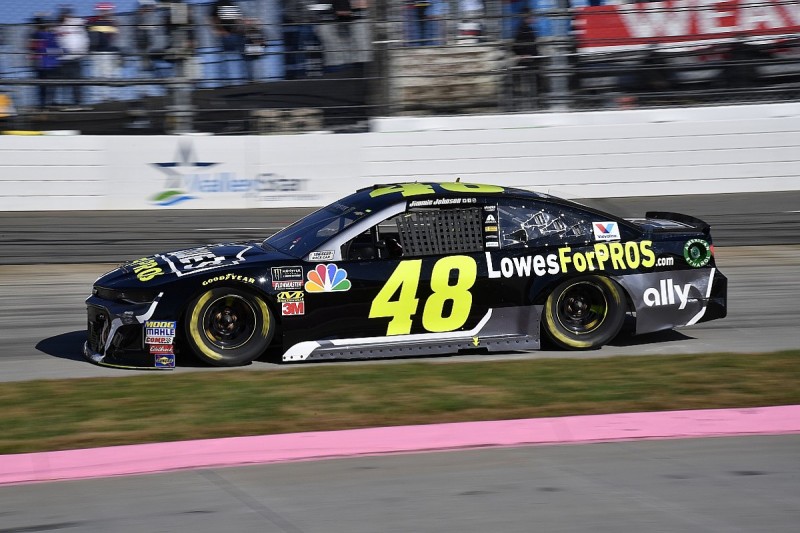 Mercedes F1 boss: Hamilton the best he has ever been in 2018